How Often Do Americans Shop Online?

Nearly one-fourth of online shoppers in the United States say they make a Web purchase at least once a week, according to a recent report from Bronto Software.

The report was based on data from a survey conducted in January 2015 of 1,012 consumers in the United States who had bought online within the previous 12 months. (Respondents who had not made a purchase online in the previous year were not included in the analysis.) 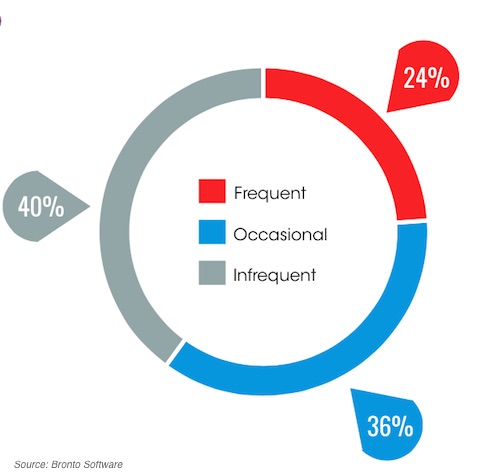