Which US States and Cities Have the Highest Ad Click Rates?

Americans living in the South, on the East Coast, and in eastern Midwest states are much more likely to click on digitals ads than the rest of the country is, according to a recent report from AdRoll and Pricenomics.

People in the South—particularly in Georgia, Alabama, South Carolina, Mississippi, and Louisiana—click on ads at higher rates than those in the West, the analysis found. 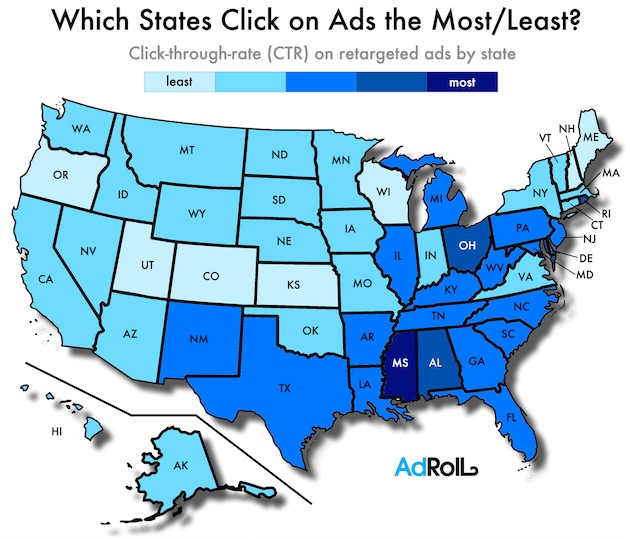