Relatively long and fairly complex—though not overly difficult—blog posts by brands garner the most social shares, according to recent research from TrackMaven. 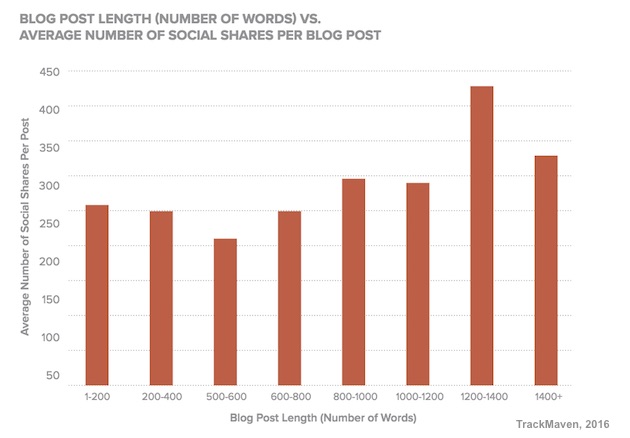