More than one-half (56%) of US consumers who have made at least one purchase using their smartphone have done so in response to a marketing message delivered via mobile email, according to a survey from ExactTarget. 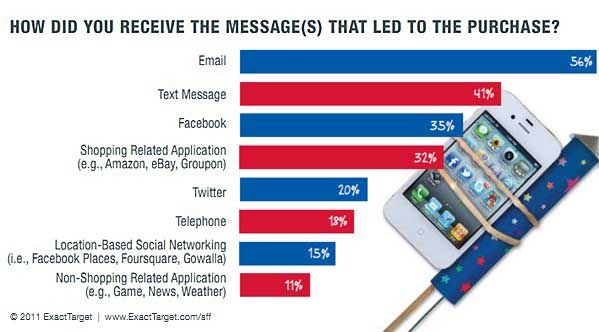 Below, additional findings from ExactTarget's report titled, "Mobile Dependence," based on a survey of more than 1,500 US consumers.

Overall, some 16% of smartphone owners say they have complete at least one purchase as a direct result of a marketing message they received on their smartphone.