Android Grabs 40% of US Smartphone Market

Google Android widened its lead in the US smartphone market in June 2011, accounting for 40.1% of smartphone subscribers, up 5.4 percentage points (PPs) from the previous three-month period, according to data from the comScore MobiLens service. 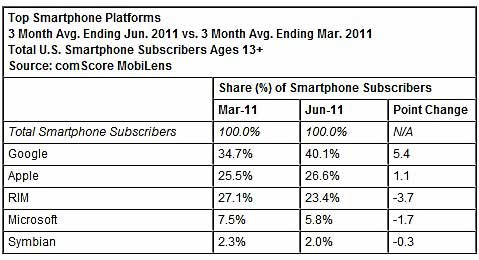 Some 78.5 million people in the US owned a smartphone as of June, up 8% from the preceding three-month period.