Only One-Half of Brands Can Identify Their Most Loyal Customers

Despite the high cost of acquiring new customers (vs. retaining ones they already have), only one-half (49.6%) of surveyed marketing executives say they know who their most loyal customers are and how best to reach out to them, according to new study by Acxiom and Loyalty 360. 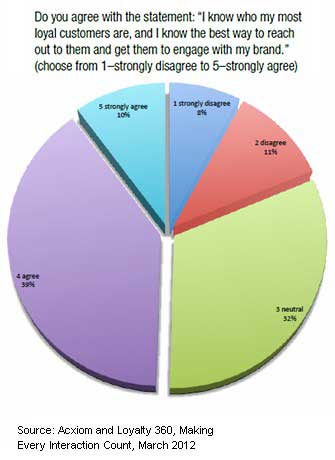 The cost of acquiring customers typically exceeds the cost of retaining them. For example, Bain Consulting estimates that it costs roughly six to seven times more to gain a new customer than to keep one.