One in five marketing and ad executives (20%) say it has become more common in the past six months for their company to issue counteroffers to employees who have received other job offers, according to a recent report from The Creative Group.

That compares with just 5% of respondents who say counteroffers have become less common and 33% who say there has been no change.

However, over one-third of respondents (38%) say their company still does not extend counteroffers to employees who are thinking of leaving. 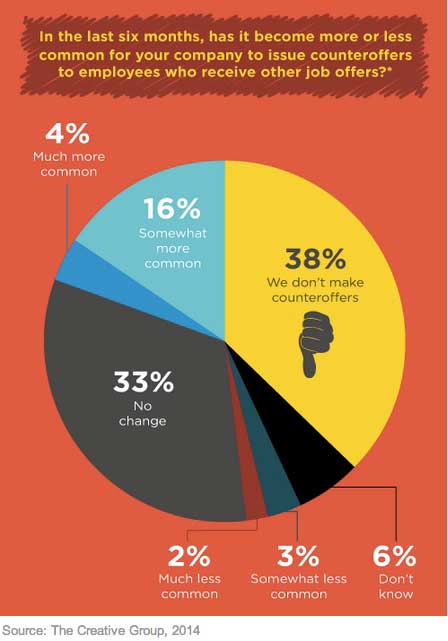