Americans and the Internet: The Good and the Bad

Most US Internet users (76%) say the Web has been good for society, just 15% say it's been bad (15%), and 8% say it has been both good and bad, according to a recent report from the Pew Internet & American Life Project. 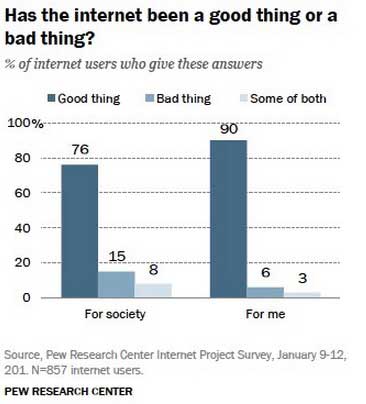