The most popular Web-only retailer sites take an average of 2.99 seconds to load on mobile devices, two seconds longer than Google's recommended load time, according to a recent report from The Search Agency.

The analysis of the top 100 digital retailers (such as Amazon, Zazzle, Overstock.com) found that companies with dedicated mobile sites have the fastest average page load times (2.47 seconds), followed by those that use responsive Web design (3.21 seconds), and then those with no mobile optimizations (3.87 seconds).

Only nine of the top 100 sites use responsive Web design (Google's recommended practice), whereas 59 have dedicated mobile sites and the remaining 32 still serve the desktop version of their sites to mobile visitors. 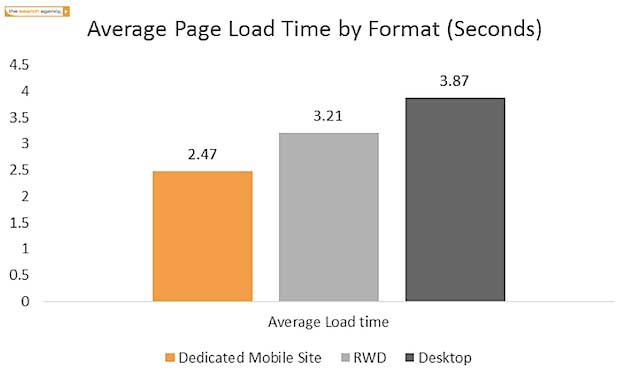 As part of its analysis, The Search Agency scored each website on seven mobile factors: page load time, site format, search box, shopping cart, sign in, social media buttons, and app presence. They were then averaged and weighted to arrive at a total score out of five for each retailer.

Below are the top 25 performing retailers. (You can find the results for all 100 companies here.) 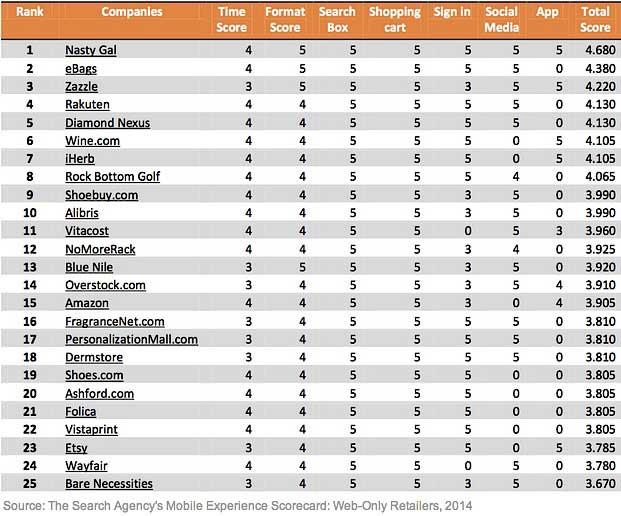 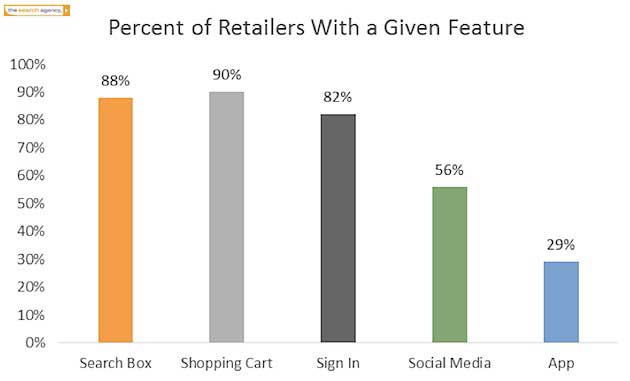 About the research: The report was based on an analysis of the top 100 Web-only retailers (i.e., no brick-and-mortar presence) conducted between March 1 and March 14, 2014. The data was collected using an iPhone 4.