How Older Americans Are Using the Internet and Mobile Devices

Some 59% of Americans age 65 or older report they now go online, a six percentage point increase from 2012, according to a recent report from the Pew Internet and American Life Project.

Moreover, among older adults who use the internet, 71% go online every day or almost every day, and an additional 11% go online three to five times per week.

However, seniors continue to lag behind younger Americans significantly in tech adoption: 91% of the general adult population (18+) have cell phones, 86% use the internet, and 70% have broadband access at home. 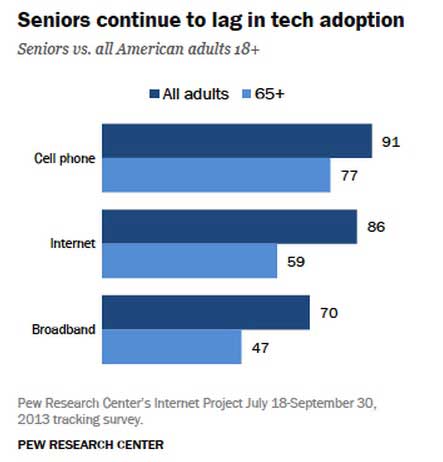 Below, additional key findings from the report, which was based on data from a survey of 1,526 Americans age 65 or older. 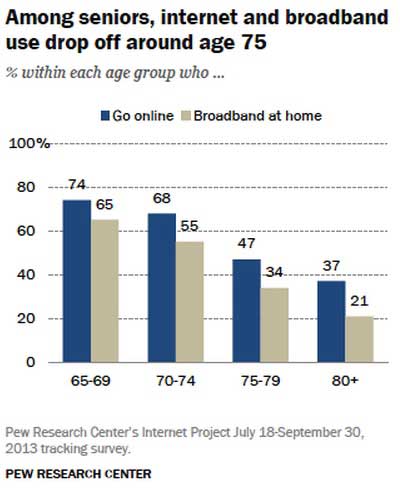 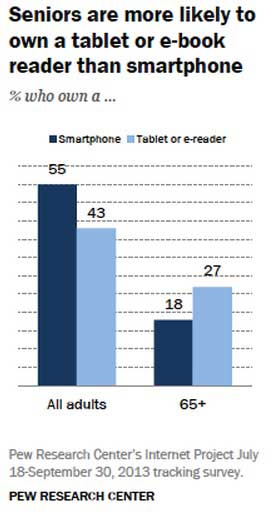 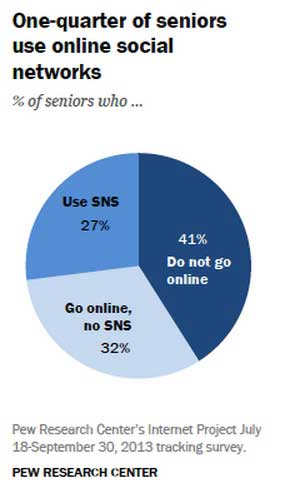