The Most Loved, Fun, Relevant, Engaging, Social, and Helpful Brands

Apple, Microsoft, and Netflix are the most loved brands by consumers in the United States, according to recent research from Accenture Interactive and FJORD.

The report was based on data from a survey of more than 26,000 people in the US, UK, and Brazil. Respondents were asked to name which brands they love the most, as well as to rank brands in specific verticals.

Samsung ranks as the fourth most-loved brand by US consumers; Sony is fifth, followed by Google, Amazon, Fitbit, Facebook, and Wal-Mart. 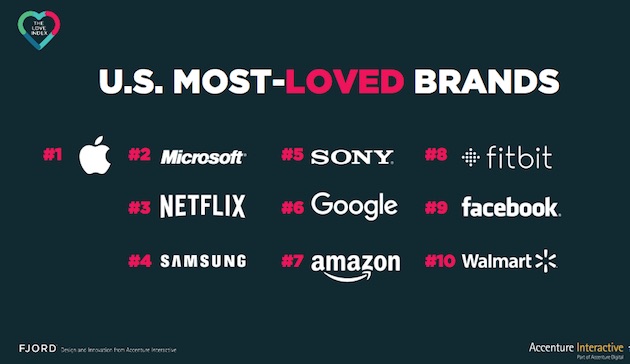