Driven primarily by Facebook, social networking is the fastest-growing mobile content category in the US: Nearly 58 million mobile subscribers accessed a social networking site at least monthly via mobile device as of December 2010, up 56% from the previous year, according to a report by comScore.

Classifieds was the second-strongest mobile content growth category, reaching nearly 17 million mobile subscribers as of December, up 55% over the previous year, followed by online retail sites (up 53%). 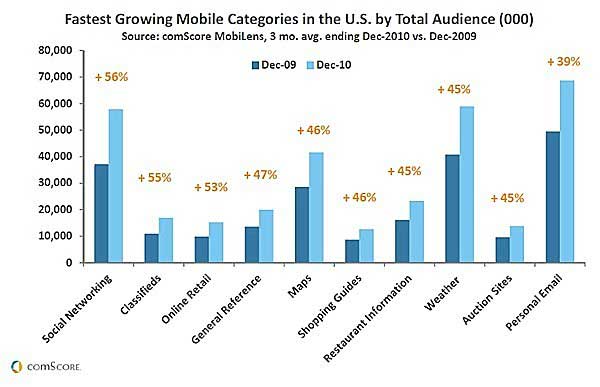 Below, other findings from the comScore 2010 Mobile Year in Review report. 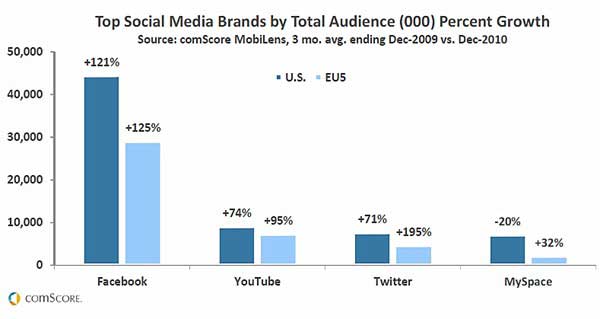 YouTube and Twitter held the second and third position in the US, growing 74% and 71%, respectively, whereas the number of users accessing MySpace via mobile fell 20% in the US.

A key shift has been the increase in the frequency with which mobile phone owners use their devices to connect to content and peers. Across three categories–email, news and information access, and social networking—the largest observed increases were among mobile users who access such services almost daily (vs. weekly or monthly).

Social networking in particular registered high growth, with daily users increasing 80% in the US. 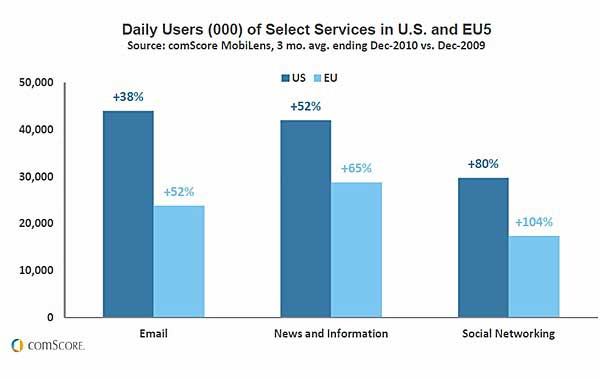 About the data: The comScore 2010 Mobile Year in Review report utilizes data from products within the comScore mobile suite of services including comScore MobiLens and GSMA Mobile Media Metrics (MMM).