Sales leaders on Twitter most often talk about marketing, social selling, leadership, technology, and sports, according to a recent report from Leadtail and Hoovers.

The report was based on an analysis of the Twitter accounts of 580 North American sales leaders (identified by job titles, such as VP/SVP of Sales, Director of Sales, etc.). The data set included B2B and B2C salespeople from both inbound and outbound sales operations. A total of 68,310 tweets and 44,043 links shared between July and September 2014 were examined. 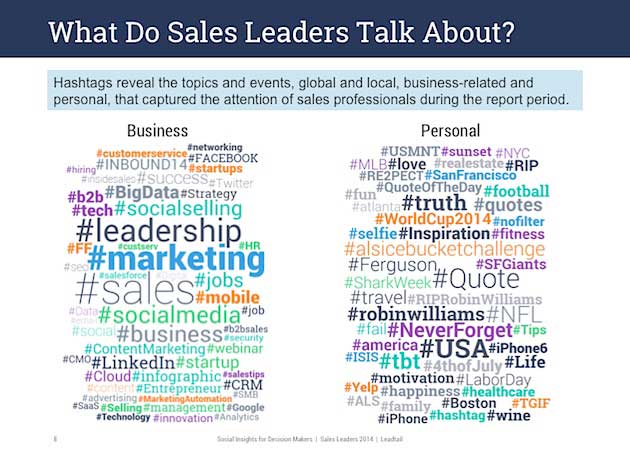