Facebook remains the most popular social network among American teens, according to a recent report from the Pew Research Center.

The report was based on data from a survey conducted between September 25 and October 9, 2014, among a nationally representative sample of 1,060 teens in the United States age 13-17. 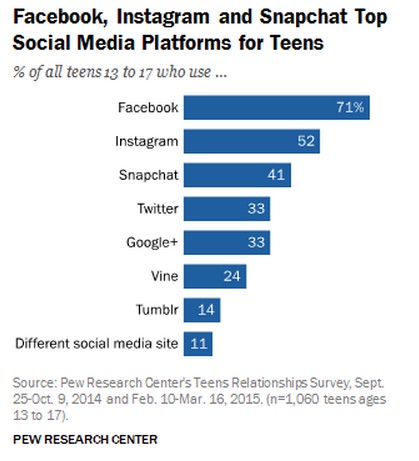