How SMBs Are Using Social Media

More than two-thirds (67%) of small and midsize businesses are are already using social media as part of their marketing efforts or plan to start doing so sometime this year, according to a recent report from Clutch.

The report was based on data from a survey of 352 owners and managers of businesses located the United States with 1-500 employees. The majority of businesses included in the survey have 1-10 employees and less than $1 million in annual revenue.

Some 5% of SMBs that do not yet use social media say they plan to start doing so by the end of 2017; 18% say they are unlikely to ever use social media, and 9% are neutral (neither likely nor unlikely). 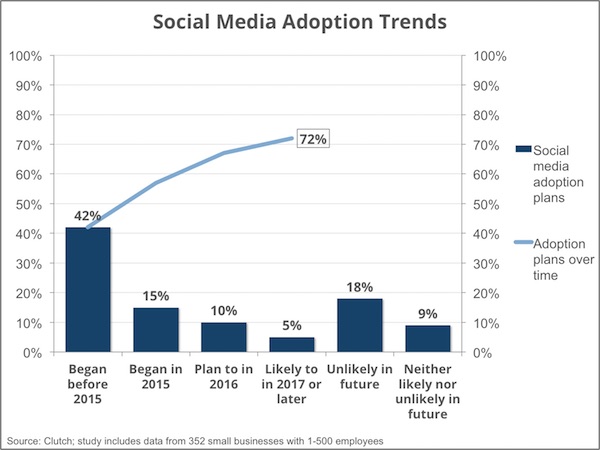