LinkedIn members hail from some 200 countries, though a large plurality—44%—are based in the United States, LinkedIn said.

In the past year, among the fastest-growing countries in terms of LinkedIn membership were Brazil, Mexico, India, and France. 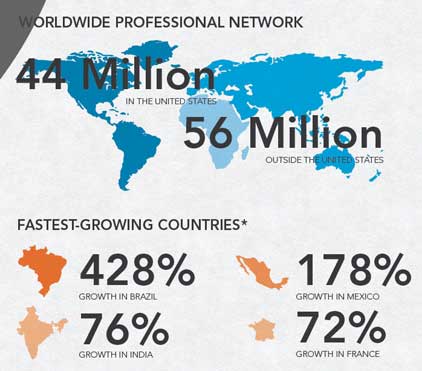