Nearly four in 10 (38%) people worldwide complained about a product or service in the past year, according to a recent survey of consumers in 23 nations conducted by Ipsos Reid for Complaints Are Us Inc.

The survey—the first to quantify global consumer complaints—found that Brazil topped the list of "complainant" nations, with 65% of its consumers making a product or service complaint. Japan came in last, with only 17% of its consumers doing the same.

In both the United States and Canada, 44% of consumers complained about a product or service, placing those countries—barely—in the Top 10 of "complainant" nations. 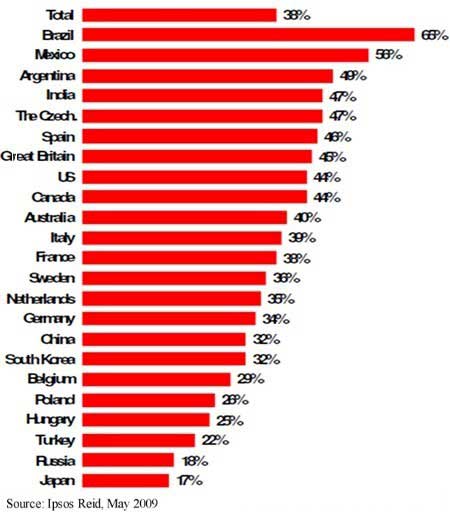 Among the surveyed countries, those in Latin America (LATAM) are the most likely to have "complaints"; the region with the fewest is Asia-Pacific (APAC). Findings by region/grouping: 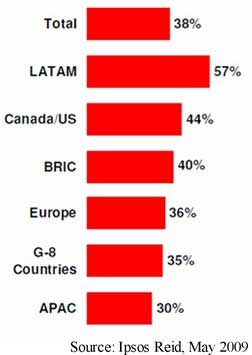 About the data: Ipsos conducted the poll on behalf of Complaints Are Us Inc., from April 14 to May 7, 2009. Approximately 1,000 interviews were conducted in each of 23 countries across the Ipsos global online panel access network, balanced by age, gender, city population, and education levels, with minor added weights applied.. The 23 countries surveyed represent 75% of world GDP.