As a result of the financial crisis, Americans have permanently changed their attitudes toward saving money and are more focused on paying down debt and controlling finances, according to a recent study by Synovate.

In addition, Americans are re-evaluating even the smallest of decisions to ensure they get as much value from their purchases as possible, Synovate found.

One in four Americans (25%) say they are glad for the economic crisis, in that it has helped them recognize their priorities. Some 52% of Americans have permanently changed their attitudes to the importance of saving money, while 42% are looking forward to spending freely again. However, 59% of Americans say they will do their best to not revert to pre-recession spending levels. 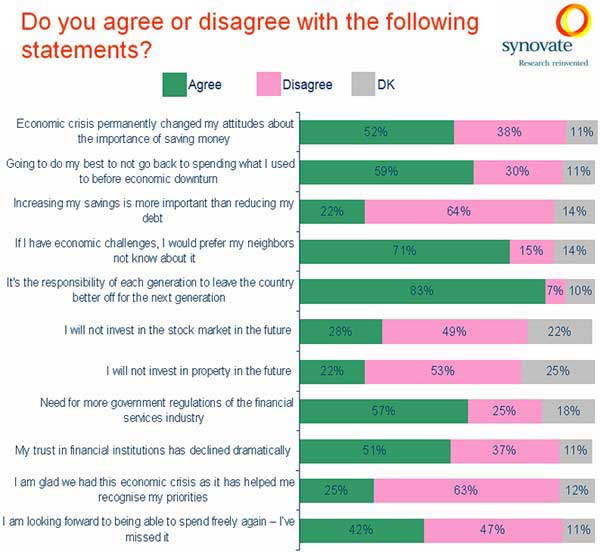 Overall, Americans have postponed buying and have spent less in the past six months: Of those who delayed a major purchase, changed a life decision, or spent less, 45% did so because they didn't have enough money; 11% were waiting for a bargain; and 11% thought it just seemed wrong to spend a lot at the moment. 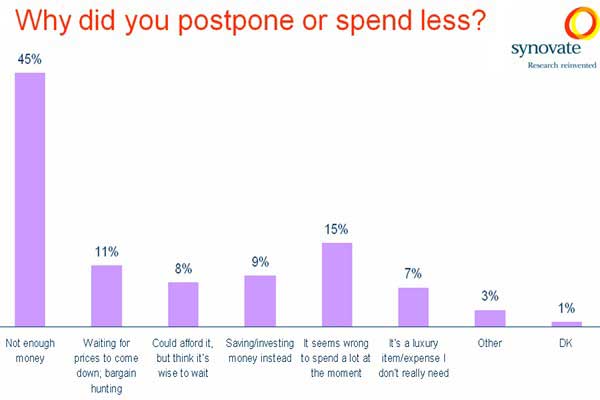 To gauge financial priorities, Synovate asked respondents what they would do if $1,000 landed in their lap today: 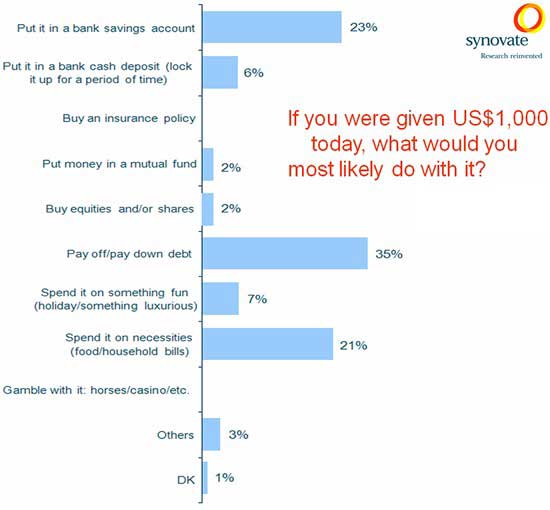