Who Are Potential Apple Tablet Buyers?

The new Apple tablet has wide appeal and will significantly expand Apple's customer base, as half of potential buyers don't own an iPod or iPhone, according to an SRG survey of online Americans age 12+.

Nearly two-in-three (63%) among those surveyed expressed interest in an Apple tablet, with 21% expressing strong interest—above the initial level of consumer interest SRG found for iPhone around the time of its release.

Below, a profile of potential Apple Tablet buyers, according to SRG's research: 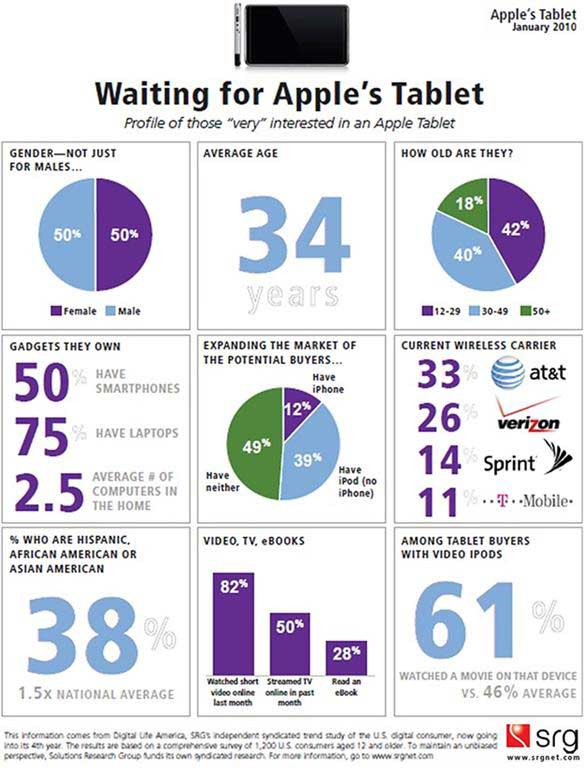 About the findings: The data come from Digital Life America, SRG's independent syndicated trend study of the digital consumer, now into its 4th year. The results are based on a comprehensive survey of 1,200 US consumers age 12 and older.