Every generation contributes to the global conversation around brands, products, and services; however, Baby Boomers (those now age 47 to 65) are overrepresented in their share of online feedback, according to The Conversation Index by Bazaarvoice, which also found that Boomers tend to be more positive than other generations when leaving product feedback. 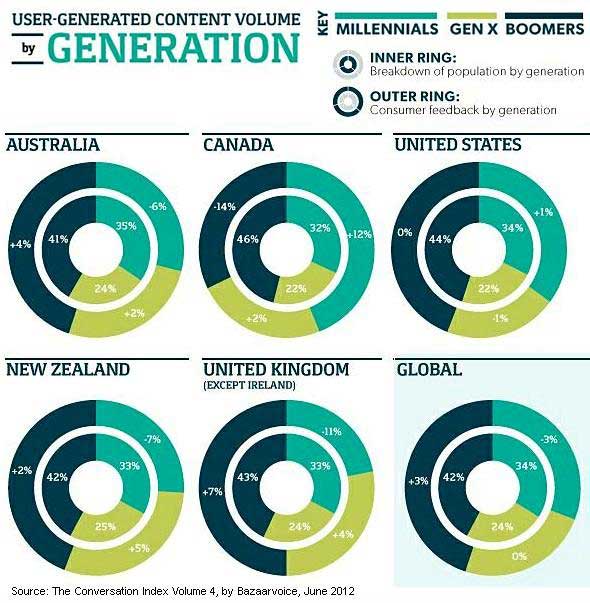 US data show a slightly different picture: Boomers' share of product feedback falls exactly in line with their population (at 44%), whereas Millennials are underrepresented by 1 point.

Below, additional findings from The Conversation Index Volume 4, by Bazaarvoice.

Overall trends in sentiment, based on seven years of data and millions of consumer opinions, have consistently shown consumers to be primarily positive when reviewing products online.

Some 82% of all consumer opinions were positive during the study period. (On a five-star scale, a highly positive review is a four- or five-star review, Bazaarvoice notes.)

However, Boomers are more likely than other generations to share positive feedback about products: 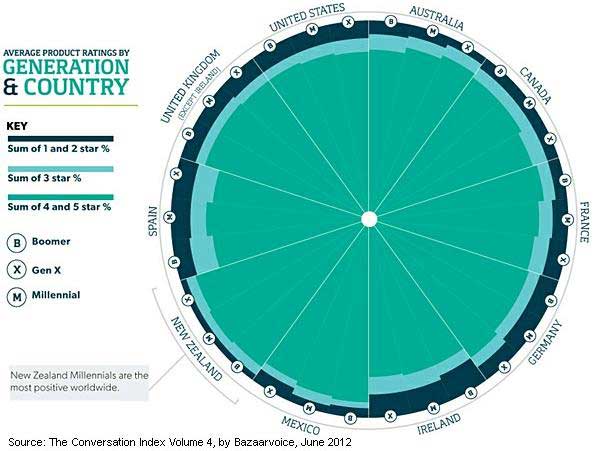 New Zealand's Millennials are the most positive, giving products four- or five-star reviews 92% of the time, beating the global average by some 10 points.

About the data: The Conversation Index Volume 4 is based on the the analysis of 12,700,000 consumer data points of online sentiment from January to March, 2012.