Google Sites was the top-ranked Web property in August 2012, attracting some 187 million unique visitors, followed by Microsoft Sites with 170 million and Yahoo Sites with 164 million, according to data from the comScore Media Metrix service.

Making its debut among the Top 50 was Instagram, at No. 48, with 26.0 million unique visitors. 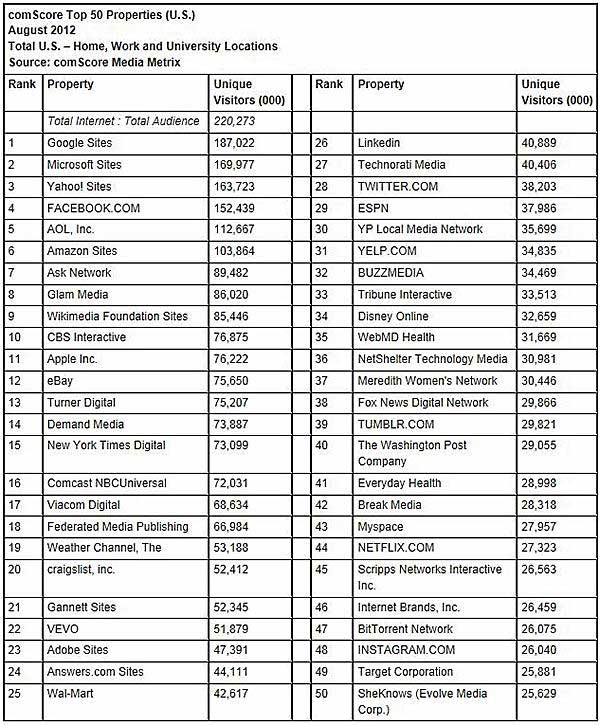 For the August 2012 report, comScore expanded its display ad ecosystem reporting to provide additional granularity in the classification of ad publishers, networks, and other platforms that comprise the ecosystem. 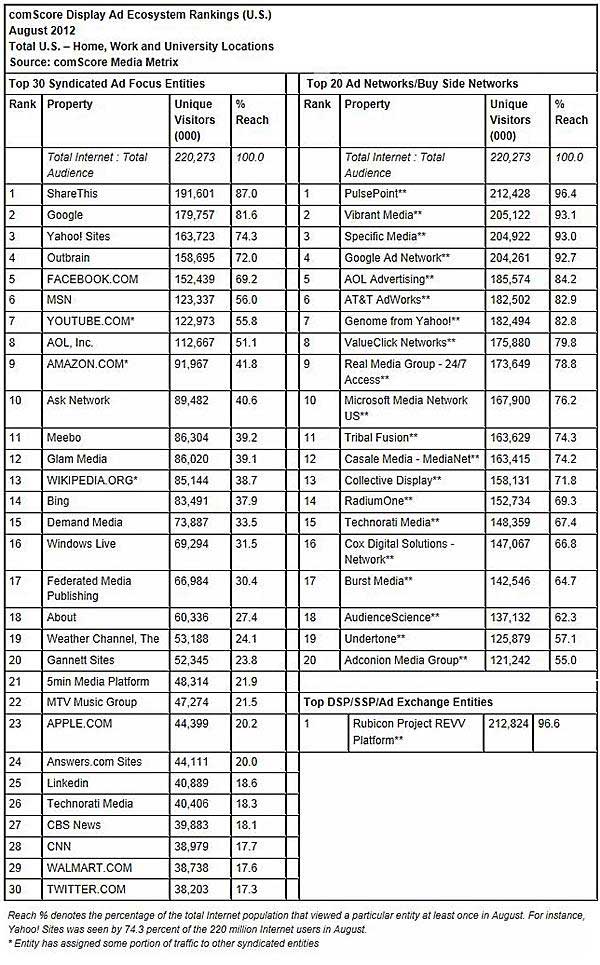 Among DSPs, SSPs, and Ad Exchanges (which will include several additional entities in the coming months), Rubicon Project REVV Platform reached 96.6% of Americans online.

With the release of August 2012 US Media Metrix data, comScore introduced three methodological enhancements to its estimates that will affect data on a go-forward basis:

Due to the effects of those changes, the August 2012 report excludes month-over-month percentage comparisons, which include the effects of inorganic increases or declines due to the methodological enhancements.

Standard reporting of both rankings and month-over-month percent changes will resume with the release of September 2012 data.