The State of US Online Video Content and Advertising, Sept. 2012

Google Sites ranked as the top online video content property with 150.3 million unique viewers, followed by Yahoo Sites with 57.4 million, AOL with 53.8 million, VEVO with 50.3 million, and Facebook with 46.4 million. 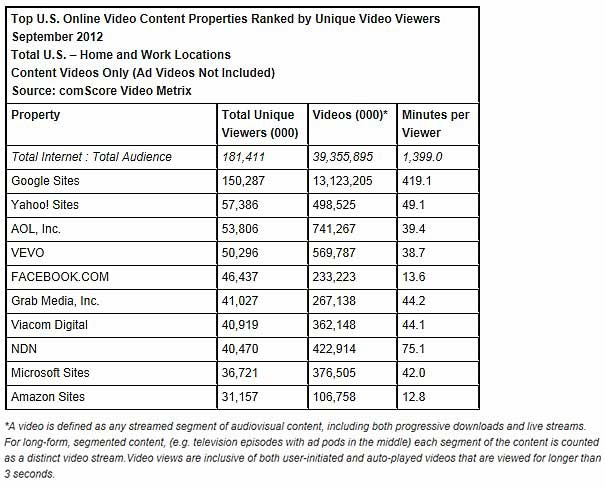 Overall, some 181.4 million US Internet users watched more than 39.4 billion online content videos in September with Google Sites generating the highest number of content views at 13.1 billion, followed by AOL with 741 million.

Google Sites also had the highest average engagement among the top ten properties.

Google Sites ranked first with 1.8 billion ads, followed by BrightRoll Video Network with 1.4 billion, Hulu with 1.2 billion, LiveRail with more than 1.1 billion, and Adap.tv with 1 billion. 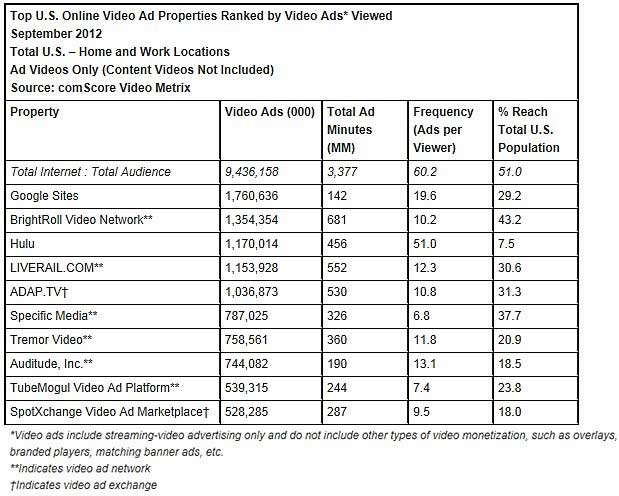 Video ads reached 51% of the total US population an average of 60 times during the month. Hulu delivered the highest frequency of video ads to its viewers with an average of 51, while Google Sites delivered an average of 20 ads per viewer. 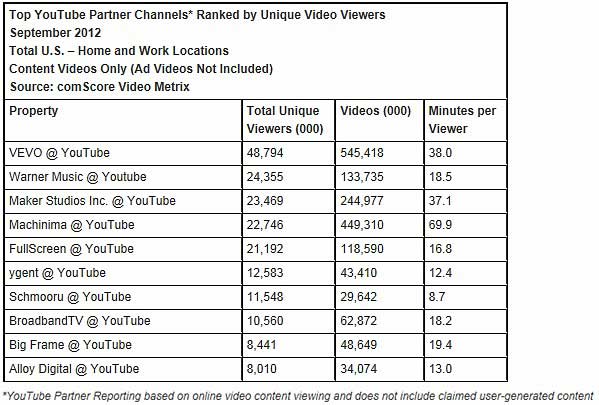