TV, Mobile, PCs Complement Each Other for News Consumption [Infographic]

Tablets complement, rather than replace, TV news viewing, and the 25-34 age demographic constitutes the biggest news enthusiasts, according to a BBC World News and bbc.com/news global study they said was the largest to date on the consumption of news in the digital age.

In general, people layer their device usage throughout the day to consume news, the survey conducted by InSite Consulting found.

Survey participants were top income earners and owners of at least three devices among the following: television, tablet, smartphone, and laptop or desktop computer.

Among the key findings from the BBC study:

Below, other findings and an infographic regarding news consumption.

Smartphones and laptops are most popular throughout the working day, peaking at around 1pm. TV usage spikes dramatically from 5 PM onward; at its peak time of 7 PM, TV use is 50% higher than for any other device.

In breaking-news situations, users turn to television as their primary and first device (42%), with the majority (66%) then turning to the Internet to investigate stories further.

Users rated national and international news of most importance (84% and 82%, respectively), closely followed by local news (79%). Financial and business news (61%) were more highly valued than news about sports (56%) and arts/entertainment news (43%). 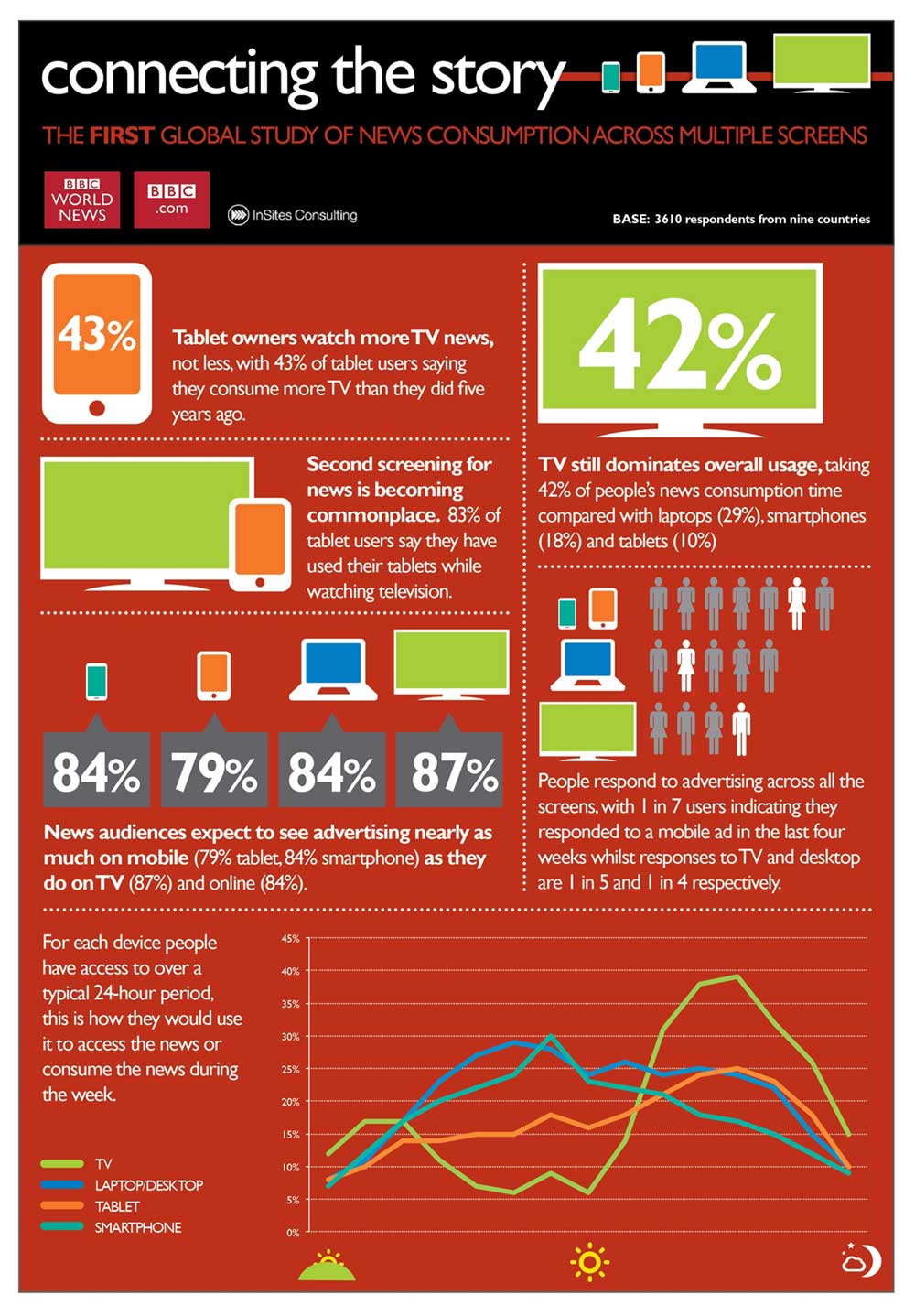 "Avid news consumers are hungry for information wherever they are, and expect to stay in touch on all the devices they now own," said Jim Egan, CEO of BBC Global News Ltd. "There's been speculation for years that mainstream uptake of smartphones, laptops, and tablets will have a negative impact on television viewing, but this study has found that the four devices actually work well together, resulting in greater overall consumption rather than having a cannibalizing effect."

About the data: The study was conducted by InSites Consulting and surveyed 3,610 owners of digital devices in Australia, Singapore, India, UAE, South Africa, Poland, Germany, France, and the US to determine the growing impact of TV, smartphones, tablets, and laptops on people's news-consumption habits.