There's Something Else About Mary

My Aunt Mary died a week ago and will be buried tomorrow. Today, New Years Day, seems a particularly appropriate time to honor her, and remember the lessons of her long life... 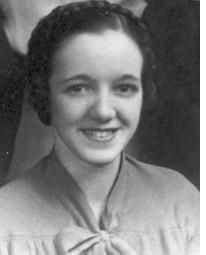 In addition to being an aunt, Mary was also a mother, a wife, a daughter, a sister, a cousin, a grandmother, a friend, and, unusual for a woman of her generation, a business owner. Like many of us, she wore many hats, and she was a lot of things to a great many people. But in the end, it's not what she was, so much as how she did it, that defines the phrase, "There's something about Mary."

Mary Handley was born 93 years ago, on January 4, 1914 in Lowell, the fourth largest city in Massachusetts. She was the second oldest daughter born to William and Ann Handley in a family that would grow to include 4 girls and 3 boys, including my father, William.

Lowell, as my own 4th grader knows, is considered to be the birthplace of the American Industrial Revolution. At the time of Mary's birth, its multi-family homes and rooming houses were full of farmland immigrants from Canada, and also from Northern England, Ireland, Poland, Greece.

They all came to Lowell to work in the textile mills and their related industries, and some stayed. The city's ethnic diversity gave it a unique cultural identity. But on the flip side—in a sense, everyone in Lowell was an outsider.

She lived in extraordinary times, which made the events in the life she created even more amazing, when you view them against that backdrop.

But history never looks like history when you are living through it, as the saying goes. And so did Mary grew up, went to school, graduated, got a job, and brought the money home to her parent's house.

Eventually, she married Edward Dutile, moved to her home in North Billerica, and become a mother to two children... my cousins Christopher and Beth Ann. She continued to work, at a trucking company in Billerica called Wolfe's Express.

And somewhere in there, Mary's ordinary life became extraordinary.

I don't know all the details about how things happened, or when, or in what order, and why, exactly, the Aunt Mary I came to know as a child stands out as such an icon in my mind. With a child's limited capacity to absorb (or maybe be let in on) the mysteries of the adult world, I only knew that somewhere along the way, Wolfe's Express became Aunt Mary's company. As I heard it, she had a thriving business, with a fleet of trucks and their drivers reporting to her. She put her heart and soul into her business, and for a long time, she succeeded.

And there's the source of most of my awe of her. Not because she simply had a company, although in our family that was something in itself unusual. But because Mary was the first woman I ever knew who had, what decades later would be called "it all." She wasn't the only woman I knew who worked, but she was the only one who seemed to put her heart and soul into it. She was the first woman I knew who cut her own path.

Mary had it all—a career, a family, a community. She had a true love of the magic and joy of Christmas. She had a love of her high school alma mater, Notre Dame, along with a love of reading and of solving crossword puzzles.

Mary had less easily measurable things, too: a sense of humor, a love of fun, the capacity to laugh at herself, a dog, a killer wardrobe, and the highest heels I ever saw on anyone.

And sometimes, Mary was a study in contrasts.

She was the boss in a man's world at the trucking company, but she went to work each day in pastel suits and matching heels.

She was no-nonsense and a straight-shooter. She could—and did—go toe-to-toe with lawyers or town officials. Yet she was sentimental and, deep down, a softie. She saved every scrap of paper that crossed her doorstep. Incredibly, she had newspaper clippings announcing the graduation of every high school student she knew—or knew of—obituaries of every friend or family member she lost, and every card, letter, postcard, invitation, newsletter or announcement she received.

What Mary accomplished in her life was extraordinary, especially for a woman of her generation. But I don't think that's the only lesson of her life.

The truth is, before today I never thought much about what sort of model Mary offered for her children—or for me and my cousins, growing up. The truth is, I bet Mary never thought much about what sort of role model she offered, either, because, like many people of her generation, she had neither the time nor inclination to examine it. She just did what she did.

But as I look at it now, I see that "something" about Mary as something of a challenge: to be an individual. And to be comfortable with being yourself. To not measure yourself against the expectations of your culture, or sex, or society, but to live your life in a way that honors who you are and where you are from, but still by being true to yourself.

This is something special about Mary. It leaves all of us with a reason to miss her. But at the same time, it gives us an even bigger reason to remember her.