Something for Nothing: The New Age of Marketing and Advertising?

What's of greater value: the idea itself, the selling of the idea, or the production of the idea?

My fellow "Viking" Alan Pafenbach and I have been discussing the shifting attitudes and practices (think Marketing 1.0 versus 2.0) toward the financing of marketing and advertising initiatives—in other words, the exchange of money for ideas.

Why does our industry continue to struggle to ascribe value to and get paid for the core concepts that fuel everything else?

Let's journey into the past for insight. 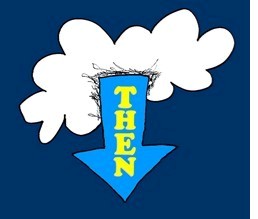 "Shouting from the mountaintops with bull horns, hands firmly pressed against the corporation's ears to thoroughly insure a consistent stream of one-way communication."

It was a glorious, ugly time in the annals of communication. E.F. Hutton pontificated. Crowds listened. As bombastic as the era was, notes Alan, at least everyone expected to spend money on marketing and advertising. The question merely was, "How could we keep costs down?"

If you wanted to make, say, a TV or print ad back then, you expected it would cost something to develop the ideas and produce them. After all, look at all the people in your agency's glorious offices slaving away on your account. Look at the magnificent "leave-behind." Note how the adept account executive picks up your check for dinner, drinks, and what-have-you.

Agencies often put more effort into the packaging and selling of their products—ideas—than into the ideas themselves.

But you can't blame them. Ideas are intangible things, expressed brilliantly on mere paper (preferably paper stained with scotch) by a select few. In this form, ideas—though often brilliant—appear limp. So we gussy them up, we create a stage and enact a performance to protect and serve our ideas. Often, doing so is essential to the selling of the idea: because to those buying, the idea is lost without the packaging. In this accounting, the selling and production of the idea are most important.

So, clients ended up paying an awful lot for everything and everyone else outside the idea and the people who created it. You can see where this strain leads. The war of polish ensues. Slickness pervades. Meetings happen. And just as consumers quickly demoted advertising professionals to a rank above used car salesmen, marketers came to realize advertising was—wait for it—just a commodity.

Then along comes Procurement. And the people who's job it is to keep costs down found themselves effectively in charge of marketing—especially agency fees and budgets, and thus, in charge of ideas. Fun times, eh? As Joseph Jaffe puts it in his book Life After The 30-Second Spot, a procurement officer "wouldn't recognize a big idea unless it was free." But let's be fair to Procurement—this situation wasn't their idea. Marketing and advertising abdicated responsibility for valuing ideas.

We didn't sell what we were selling. We sold the salesmanship.

At last, Al Gore invented the Internet. And all kinds of smart people figured out all kinds of newfangled ways of doing everything, including creating ideas. 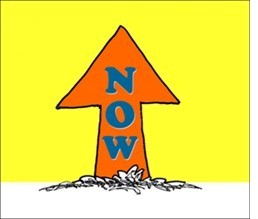 "Leveraging the power of the crowd, the cloud, and low-cost technology to enable an equitable balance of consumer and corporate voices in the pursuit of branding and customer service."

We no longer drink scotch at 10 AM in the office (at least not every day). Most likely, we watch actors playing us do that.

And I believe it's all for the best emotionally—this new economy, this new ethos. If the true power of marketing and advertising is Ideas, then why not embrace a system that can take advantage of almost everyone's ideas? It works for Netflix, doesn't it?

If anyone can come up with ideas, how valuable can they really be?

If, as Wired magazine editor Chris Anderson notes, "It's now clear that practically everything Web technology touches starts down the path to gratis," why should anyone pay for ideas—especially digital ideas?

We'll argue, we'll gnash our teeth, we'll bring in Procurement—but we'll pay for the ink, the airtime, maybe the bandwidth and possibly the production. Those items are at least tangible. Everything before that is just hours of... what... exactly?

Recent trends in technology and culture have created, my friend Alan observes, an "empowered" environment where everyone expects to pay nothing or close to it for the ideas that fuel marketing and advertising.

After all, how hard can ideas be?

The ways of the world are increasingly transparent. The ease with which anything can be accomplished by almost anyone appears to happen with less and less consequence. Combine that with decades of our industry's emphasis on wringing revenue from all the things that are not ideas—15% on media, photocopies, and production markups—and what's finally come home to roost is about as fulfilling as credit default swaps.

What has predominantly defined the financial relationship between the marketing department and the advertising agency over the past century has been a discussion of practicalities, of highly tangible deliverables—ink, paper, distribution, FTEs, airwaves, bandwidth, etc.

It's never been about the ideas themselves. "Perhaps because they're not immediately quantifiable," observes Brian Branca. Indeed, we seem more absorbed with the math. Tom Cunniff replies, "Years back, the quants took over. If formulas work, they win. If ideas work they lose."

We live in more transparent times, ones that unleash the powers of quantification—times that tell us, for example, that a marketing campaign could be had for nothing. An infamous case in point: Ogilvy & Mather's client Six Flags seeks to promote 45,000 free tickets. In the midst of the campaign Web site/banner ad-planning hoopla, a creative director has an idea: Let's put the 45,000 tickets on Craigslist.

They're gone in less than five hours. As Ogilvy Co-Chief Creative Officer Jan Leth remarked, the question is, "How do we get paid for that idea?"

Indeed. In this Age of Utility, Empowerment, and Transparency, marketers might think they have it easy.

What do you think?

Tim Brunelle (tbrunelle.extendr.com) is the CEO of Hello Viking (helloviking.com), which provides consulting, creative, and production services for advertising, marketing, and media. Tim also writes at the Useful Lunacy blog and can be reached via tim [at] helloviking [dot] com.