Anatomy of a Viral Video: A Tale of Two Stories

Between two similar videos, what makes one buzz to the top of the YouTube charts... and one languish in obscurity?

I gathered some experts in video marketing to discuss key ingredients of videos that make it big: social media marketing expert Brent Csutoras of Kairay Media; YouTube celebrity and science guy Steve Spangler of Steve Spangler Science; Jamie Salvatori, the founder of novelty online retailer Vat19, with 2.7 billion YouTube views; and Rob Bliss of Rob Bliss Creative, the creator of the viral smash "10 Hours of Walking the Streets of New York as a Woman."

We looked at two videos.

One was the story of Arthur, a disabled Gulf War vet who was told he would never walk without a cane, but by using yoga and personal determination he lost 140 pounds in 10 months and regained full mobility. 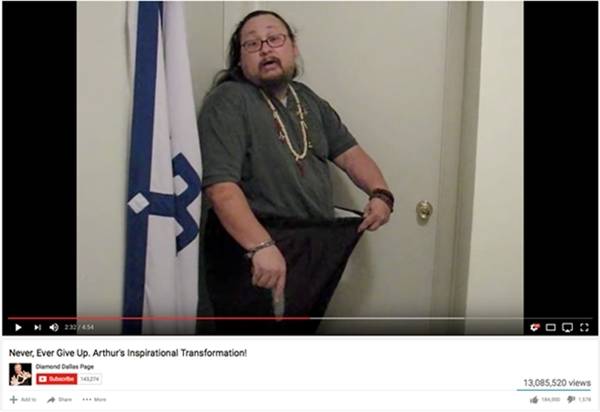 The other was the story of Derek, a US Marine captain who was paralyzed in the line of duty and received a second chance at walking through the help of high-tech prosthetics. 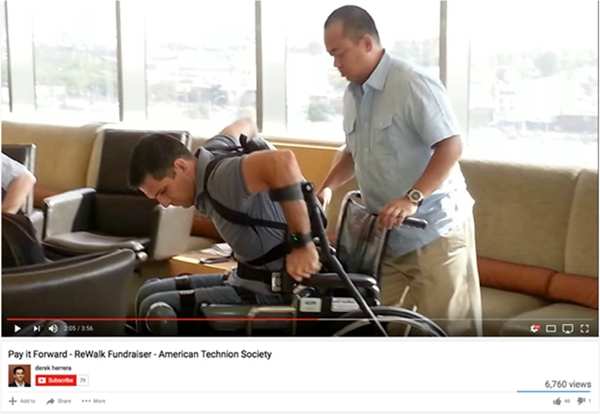 Two inspiring stories in a similar genre with similar editing style, yet (as of this writing) Arthur's video has over 13 million views, whereas Derek's has only around 6,800.

I went to the experts with the question that I'm sure you have in mind: Why one and not the other?

What Arthur's 'Transformation' Video Did Right...

Arthur's video uses the power of storytelling to create a strong emotional connection between Arthur and the audience. We see progress as the video advances; however, we also see hurdles and challenges along the way that keep us fascinated.

Bliss pointed out that a great viral video re-engages the viewer not every few minutes but every few seconds. Arthur's video continues to build connection and interest with the viewer as it unfolds. Where Derek's video shows a problem and then provides a quick solution, Arthur's video portrays a problem with complications, little failures, and, ultimately, a great success.

Spangler describes the story as a something we have to share because we feel we have experienced something real: "The images we see are genuine, and because of its authenticity we start to feel for Arthur and his sense of helplessness. It's next to impossible not to cheer out loud as his transformation begins to take place. We start to wonder just how far he'll go."

...and What Derek's 'Pay-It-Forward' Video Didn't

All the experts agreed that in no way is Derek's video "bad." It has a wonderful premise, great editing, and a lot of potential. However, they also recognized certain elements that are holding it back.

Arthur's story starts out with video footage, whereas Derek's journey is primarily a photo montage until the last half of the video. In general, YouTube is a video medium and is best used for video, though in some instances the work of a good editor can prove the exception. Arthur's "Transformation" video allows us to connect with his struggle: We see him fall and get back up, which is "infinitely more compelling" than still images, Bliss said.

Moreover, instead of focusing on the individual's journey, Derek's focuses on the actions of the military. But, because the video was primarily promoted as an emotional journey, the journey of the person should have been the focus.

Arthur's video gains relatability by emphasizing his normal-guy persona. On the other hand, even though Derek's video establishes him as an honorable veteran, other aspects of his life, such as family, don't have as much time devoted to them.

Furthermore, Derek's story took about a minute to establish the setup of the problem and his road to recovery, which is a long time for viewers to stay invested. A story should get to some main action within 15 seconds. Csutoras explained viewers are likely to close the video around the 30-second mark unless they're engaged; that said, one's best shot at getting viewers hooked comes within the first 10 seconds.

We've established that every few seconds the video should reaffirm the reason to watch it. In this regard, story arc is a major shortcut to having a video that keeps attention while making sense to the viewer. "Derek's video doesn't have as an intense of a story arc; he doesn't appear to have had a rock-bottom moment like Arthur," Salvatori stated. Arthur gets worse before he gets better. The moment he falls, we are invested in his improvement. We think, "How could he possibly continue after he keeps failing like that?"

Finally, we expect a fulfilling conclusion. Although both videos provide some conclusory elements, all the experts agreed that Arthur's is far more gratifying. "Simply put, I think we aren't as amazed by this technology as we are with how yoga transformed Arthur", said Salvatori.

But It Isn't as Simple as That

"Remember that the first video [Arthur's] had a very large channel associated with it," Csutoras pointed out. Diamond Dallas Page is a well-known AMA fighter-turned-yogi, and he has a huge online presence already; that Arthur's story was published on his YouTube channel with its 100,000+subscribers is no small detail.

Which means we must take all the video analysis with a certain grain of salt.

Moreover, "Arthur's story has been around quite a while. He has already attained a level of fame," Bliss noted. Derek's video was uploaded a couple years later, in 2014, and it is not as seasoned a story on the Web.

All in all, viral videos are mostly an instance of content that's at the right place at the right time, though following the general guidelines of attaining virality can help it along.

General recommendations: Give the audience the type of content you believe they want to see; give them a strong emotional connection; and give the story relevance in relation to current pop culture interests. If you do, your video campaign will have a fighting chance.

And remember, the real secret's in the story arc.

Stephan Spencer is the founder of Science of SEO and an SEO expert, author, and speaker.