How to Improve Your Content Marketing by Embracing Failure

In his book Smartcuts, Shane Snow shares the story of Second City, a school for actors and comedians in Chicago.

As you might expect, the story starts off with a scene where comedians are practicing for an upcoming show, standing on stage, improvising jokes.

What you might not expect is what happens: They bomb. Totally.

Snow explains—in gory detail—the train wreck that happens on stage as comedians drop unfunny, offensive, and just plain bad jokes. No one in the audience laughs; they all hold their collective breath, cringing, hoping for the skit to end.

In case you're wondering, Second City is not just some flophouse for bad comedians. It's one of the world's most famous comedy schools. Steve Carell, Amy Poehler, Tina Fey, and Stephen Colbert cut their teeth there.

What Snow comes to find out is part of the Second City model that produces such incredible comedic talent: It embraces failure—even encourages it.

That story about Second City reminded me a lot about what I've learned doing content marketing over the last (ahem) almost 10 years.

Sometimes, your content crashes—and burns like a fiery wreck. That might mean no one reads your article, it doesn't get shared, or you get bombarded with nasty comments.

In fact, it might be for the better. One of the prevailing theories about how to get better at anything is to fail at it—sometimes failing a lot, and hopefully failing as quickly (and silently) as possible.

Such failure is a tenet of "growth hacking," which focuses on experimentation and learning to improve outcomes over time. But it really applies to any kind of marketing.

With the right approach, you can bring a scientific mindset to your content marketing and learn to embrace your failures and use them to improve.

Let's look at how that works.

Step 1: Start With a Goal

The content that you create must begin with a goal in mind. Perhaps (hopefully) you've already defined it in your content marketing strategy.

In the case of comedy students, the goal is simple: Get people to laugh. Read the crowd.

In your case, the goal for each piece of content is probably more numerical in nature: tweets, shares, pageviews, links, something along those lines—or some combination of them. 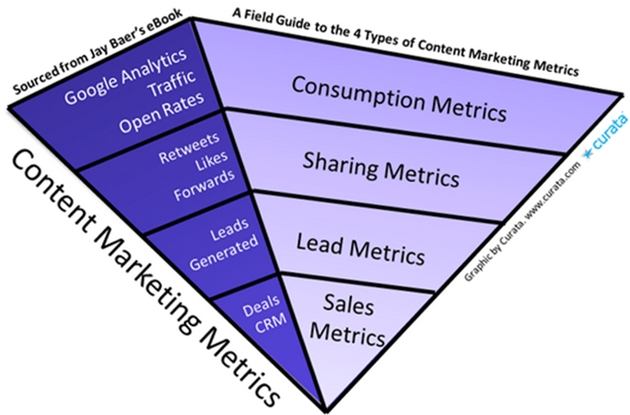 This goal will be like the result of an experiment, and each piece of content that you create is a different set of conditions that you're testing. With each iteration, you gather a little bit more data based on the outcome.

Over time, you will learn what works best and be able to use that information to improve the performance of your content. So, even when you fail, you gain knowledge that will help you do better in the future—just like the comedians at Second Story.

To gain as much knowledge as possible about what works and what doesn't, you'll want to test and iterate on as many variables as you can.

UpWorthy famously proved that just testing headlines on the same article can dramatically increase its popularity—driving as much as 100x more traffic and engagement. 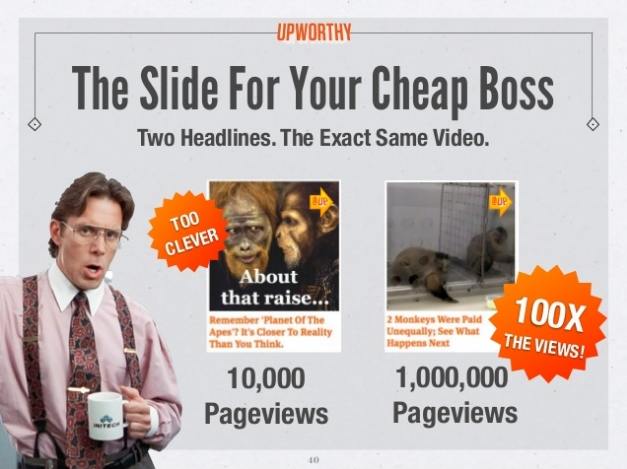 You can use the same approach to test your content and find patterns that work best. Test things like…

But, do you also record the success of that content? Do you measure the results and then review what worked and what didn't?

Doing so is a critical step: You need to keep track of your results. That means keeping tabs on the results of individual experiments if you choose to run them, and also tracking the overall performance of every piece of content that you publish. 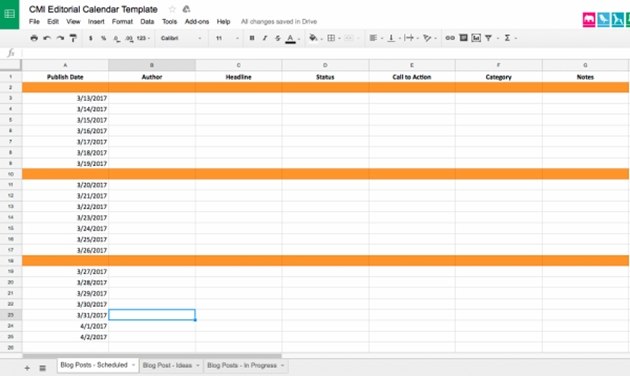 Most marketers will build such tracking into their existing editorial calendar (usually just a spreadsheet). But there are some tools available that can help you gather and visualize these metrics more easily (but be warned that they can be expensive).

With your data in hand, it's time to mine for gold.

Like those comedians who cherry-pick the best bits from their practice sessions and take them to the final show, you'll want to identify the content that has worked best for you, figure out what makes it work so well, then use that knowledge to steer your content strategy.

Of course, in this case, it's not quite as simple as seeing which jokes get the most laughs and then performing them again. You can't just keep repeating your most successful content over and over and over.

Instead, you'll need to identify trends that you can use moving forward. Some questions you might ask:

With the information you derive from you data, you can uncover insights about your best content—and your biggest content flops. You'll learn what works and what doesn't, and use that knowledge to improve your content marketing moving forward.

Make It Scientific, Not Personal

No one likes to fail.

We're hardwired to fear failure and embrace success. Hearing that something we've done turned out poorly generally throws us into defense mode. We want to blame circumstances or the timing or the rest of the team.

Instead, maintain a scientific mindset about the entire experience: You're just a scientist conducting studies to see what works best; some scenarios will turn out well and others will turn out poorly.

The key to embracing failure and learning from it—rather than letting it get us down—is to approach it scientifically. Take negative feedback or poor results as a reflection of that piece of content (that "iteration")—not of your abilities as a content creator.

In other words, don't take it personally when a piece of content flops.

It's OK to fail—as long as you learn something from it.

Continue reading "How to Improve Your Content Marketing by Embracing Failure" ... Read the full article