Women with children at home are more likely to use Facebook (60.3%), MySpace (42.4%), and Twitter (16.5%) than average adults (50.2%, 34.4%, 15.0%, respectively), according to a newly released survey conducted by BIGresearch in collaboration with the Retail Advertising and Marketing Association (RAMA). Additionally, 15.3% maintain their own blog.

One of the most important findings of the study is that mothers, compared with adults 18 and older, are more likely to regularly or occasionally use social networking sites like Twitter, MySpace, and Facebook: 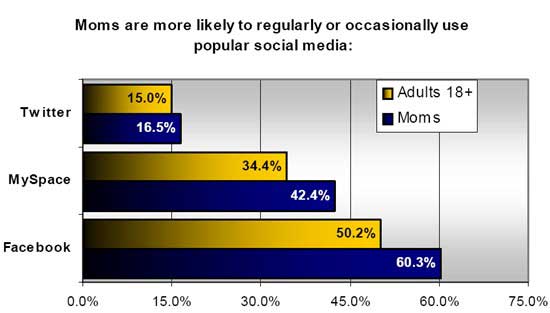 “Twitter, Facebook, and blogs are becoming increasingly popular with moms as they search for coupons or deals and keep in touch with loved ones. The web provides efficient, convenient ways for brands to stay in front of their most loyal shoppers and attract new ones,” said  Mike Gatti, executive director for RAMA.

When asked to rank on a scale from 0 to 5 what types of promotions most influence their purchases, moms gave product samples in the store the highest marks (3.8), followed by product samples delivered to home (3.6), loyalty cards (3.5), and special displays in stores (3.4): 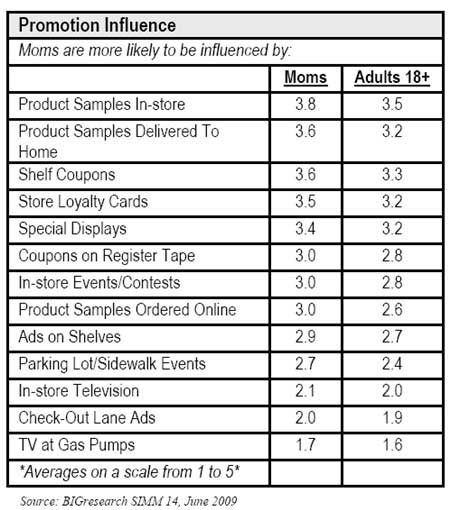 A key finding of the survey is that a majority of mothers feel it’s an invasion of their privacy to have retailers text them (66.5%) or leave voicemails on their cell phone (58.1%).

Nine out of ten (93.6%) mothers regularly or occasionally seek the advice of others before buying a service or product, according to the survey, and nearly all (97.2%) said they give advice to others about the products or services they purchased: 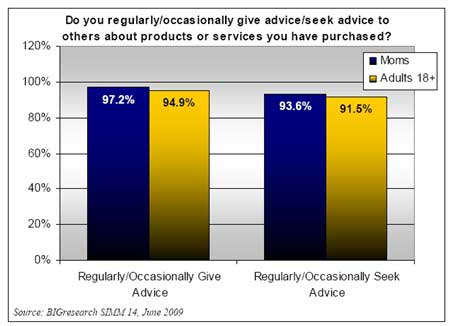 Moms are big on text-messaging and otherwise using cell phones: 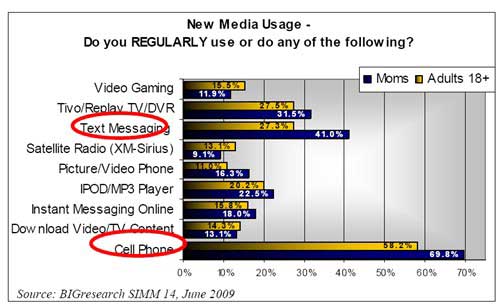 When asked what activities they enjoy doing while simultaneously talking on their cell phone, most mothers said they prefer listening to the radio, watching television, and using the internet: 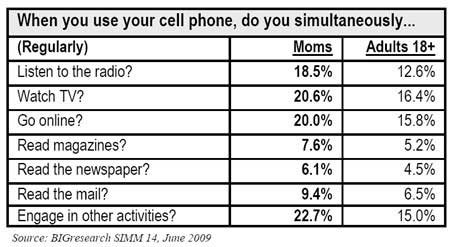 Half (51.3%) of surveyed moms reported that they regularly or occasionally read blogs, and 15.3% maintain their own blogs: 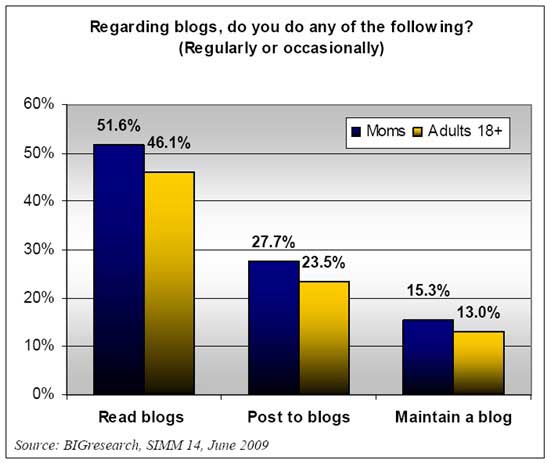 Some 32.9% of moms prefer department stores for buying their own clothes. But for children’s clothes, 30.7% percent said they head to discount stores. Moms also most prefer discounters for toys (45.0%) and personal health and beauty products (45.5%).

What Moms Do During Downtime 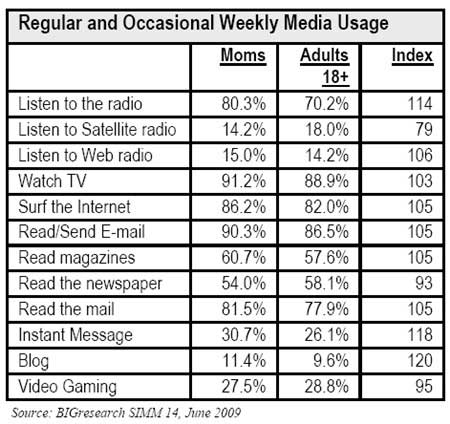 The Food Network, The Discovery Channel, Disney Channel, and TLC ranked among mothers' favorite TV channels. Other forms of entertainment they turn to during downtime include magazines (specifically People, Cosmopolitan, and Woman’s Day) and daily newspapers: 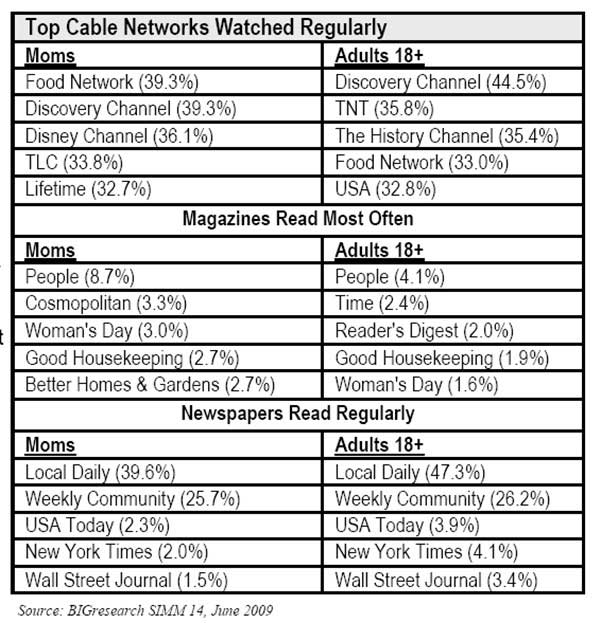 About the data: BIGresearch's Simultaneous Media Usage Survey (SIMM 14) was compiled for the Retail Advertising & Marketing Association, a division of the National Retail Federation. The survey polled 4,206 moms and 22,624 adults 18+ and was conducted April 29–June 18, 2009. “Moms” are defined as woman with children at home who are under 18 years of age.