Relevancy, Discounts Matter Most to Women

Relevancy is particularly important to women when receiving marketing communications, with more than half (58%) of respondents in a recent survey of more than 1,000 women saying they want information that pertains to their lifestyle or relates to their recent purchases, according to Prospectiv, which conducted the survey. 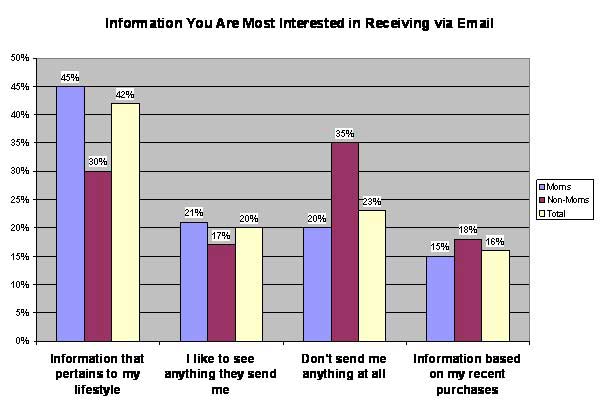 Brands have successfully reached their female audiences by leveraging so-called mommy bloggers because of their “word of mouth” value. But nearly half of respondents (45%) to the Prospectiv survey said that brands can communicate with them most effectively through product samples offered online, way ahead of the percentage (3%) who said the same of blogs. Mothers in the survey came out even more strongly than non-mothers in favor of product samples (47% vs. 38%): 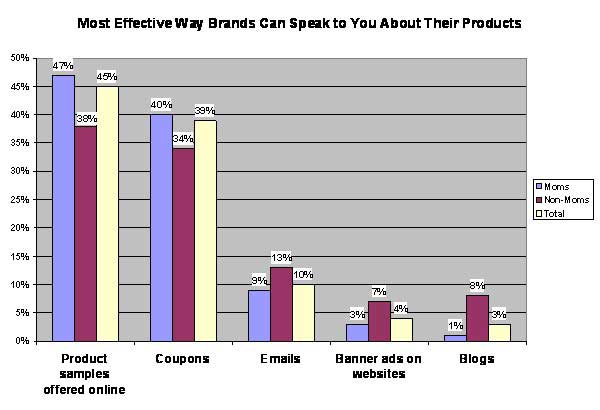 With the recession still underway, about one-third (31%) of survey respondents said they will make a purchase because a coupon or discount is being offered, whereas only about one-fifth (21%) said that necessity drives them to make a purchase.

Asked about what actions they had taken in the past year regarding coupons, 53% of the women surveyed said they had clipped coupons and 18% said they had redeemed an online coupon: 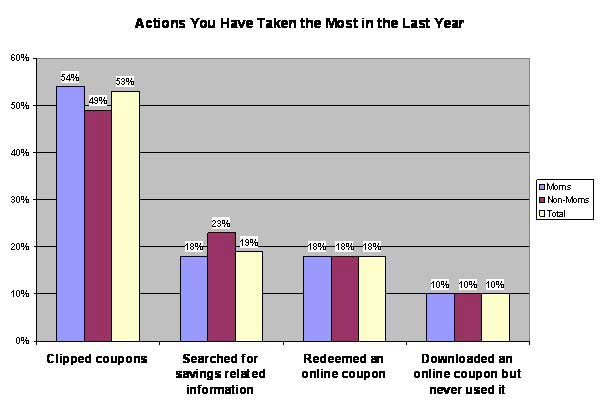 Other findings from the research:

About the data: Prospectiv surveyed more than 1,000 women to learn about their preferences around marketing, marketing communications, and purchase drivers.