25% of UK Ads on Social Networks 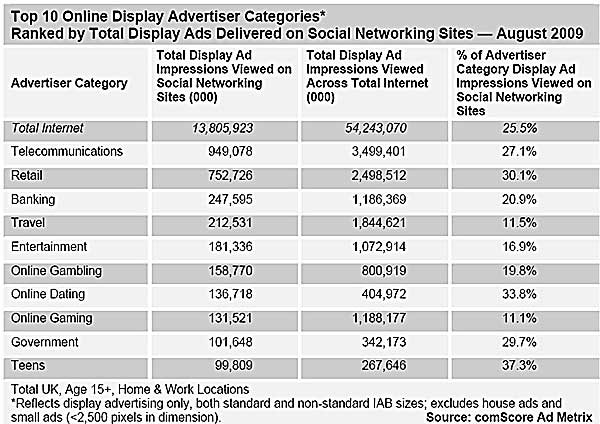 All Age Groups Reached by Ads on Social Networks

A demographic analysis of display ads on social networking sites in the UK revealed that while ad delivery skewed somewhat younger than average, all age segments were reached with a notable percentage of display ads: 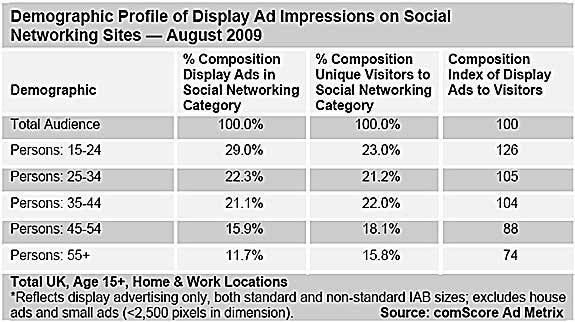 "CPMs on social networking sites have traditionally suffered relative to other content categories, in part because of the perception that much of the audience are younger consumers with lower spending power," said Mike Read, comScore managing director, Europe. "However, these data suggest that every demographic segment is reached via social networking sites. Brand advertisers who ignore this channel may be missing a significant opportunity."

About the data: The data presented here derives from comScore's Ad Metrix program; house ads and ads smaller than 2,500 pixels were excluded from the analysis.