The rate of adoption is being driven in large part by the Apple iPhone family, which owns 32.9% of the touchscreen device market for users 13 years and older. LG Dare follows with 8.7% of market share, LG Voyager with 7.8%, Blackberry Storm with 7.0%, and Palm Treo with 6.5%. Touchscreen devices and smartphones in general are more popular among younger users. 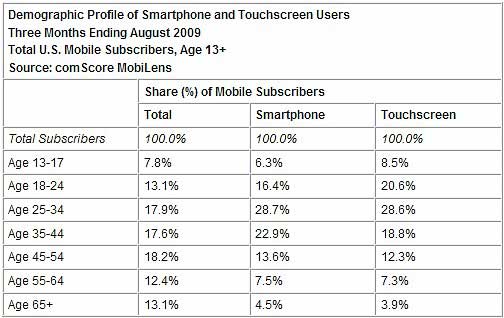