Google Takes 71% of Searches in November

Google continued to dominate search, accounting for 71.6% of all US searches in the four weeks ended November 28, 2009, a 1.4% increase from a month earlier, according to Experian Hitwise. Yahoo followed with 15.4% of searches, Bing with 9.4%, and Ask.com with 2.7%. The remaining 52 search engines accounted for 1.1% of US searches. 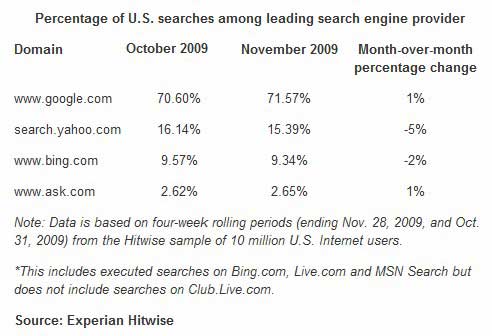 The number of longer search queries–– those that average5-8 words in length––was unchanged between October and September 2009, while the number of searches of eight or more words increased 1%.

During the same period, the number of shorter search queries–– those that average one to four words in length––was also unchanged, while one-word searches accounted for the plurality (24.1%) of all queries. 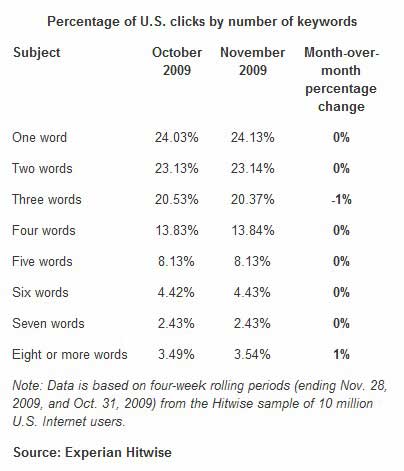 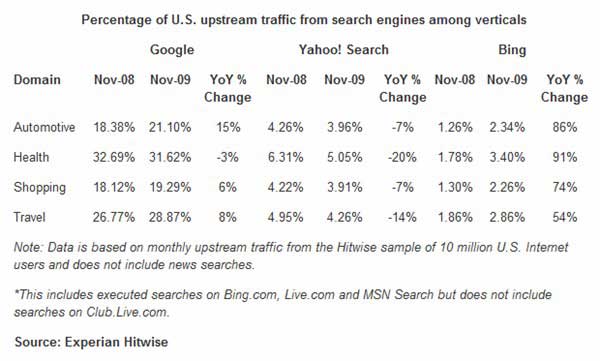