The remaining 48 search engines in the Hitwise Search Engine Analysis Tool accounted for 1.36% of US searches. 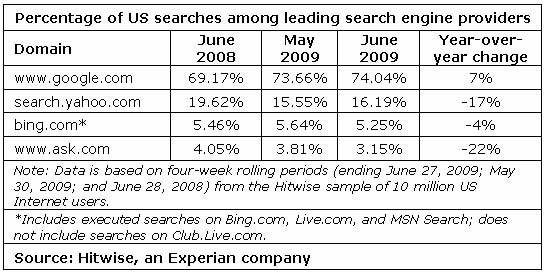 The weekly percentage of US searches conducted via Bing have increased at an average weekly rate of 25% in June 2009. Combining Live.com and MSN Search along with Bing, Microsoft's search engines have grown at an average of 16% during June 2009. 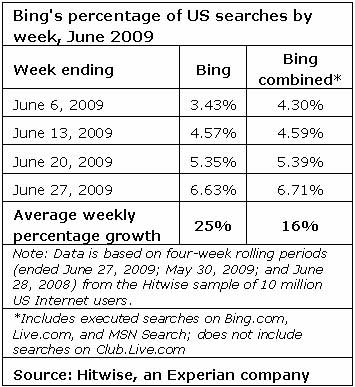 The length of search queries has increased over the past year. Longer search queries, averaging searches of five to more than eight words in length, increased 8% between June 2008 and June 2009.

Searches of eight or more words increased 16% in the same time period, whereas shorter search queries—those averaging one to four words long—have decreased 2%.

Searches of two words comprised the majority of searches, amounting to 22.88% of all queries. 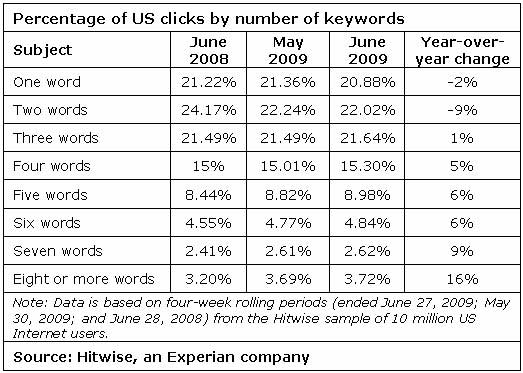 Google a greater source of traffic to key US industries

Search engines continue to be the primary way for Internet users to navigate to key industry categories. From June 2009 to June 2008, the share of traffic from Business and Finance, Entertainment, Online Video and Sports categories showed double-digit increases in their share of traffic coming directly from search engines. 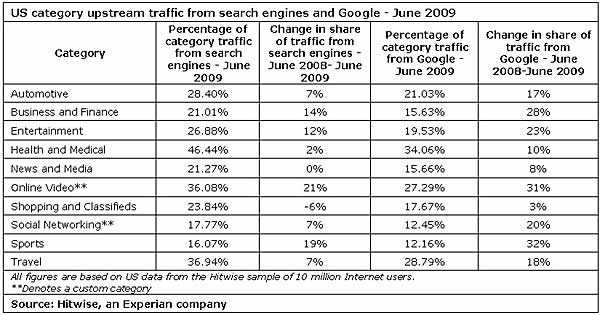