Cell-phone texting has become the preferred channel of basic communication between teens and their friends, although calling is a close second: 54% of teens say they sent and received text messages daily in September 2009, up from the 38% some 18 months earlier, according to a survey from Pew.

Among teens who own a cell phone, 88% say they send and receive text messages, a sharp increase from the 51% of teens who were texters in 2006.

Among those texters today: 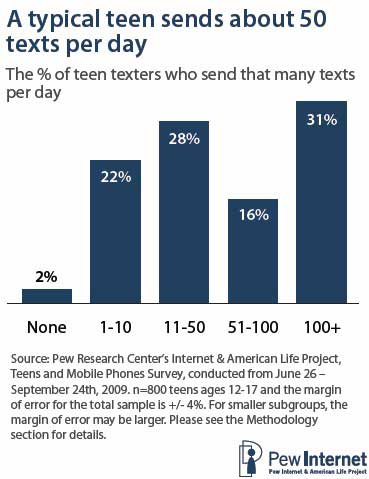 Below, other findings from the survey Teens and Mobile Phones, issued by the Pew Research Center's Internet & American Life Project. 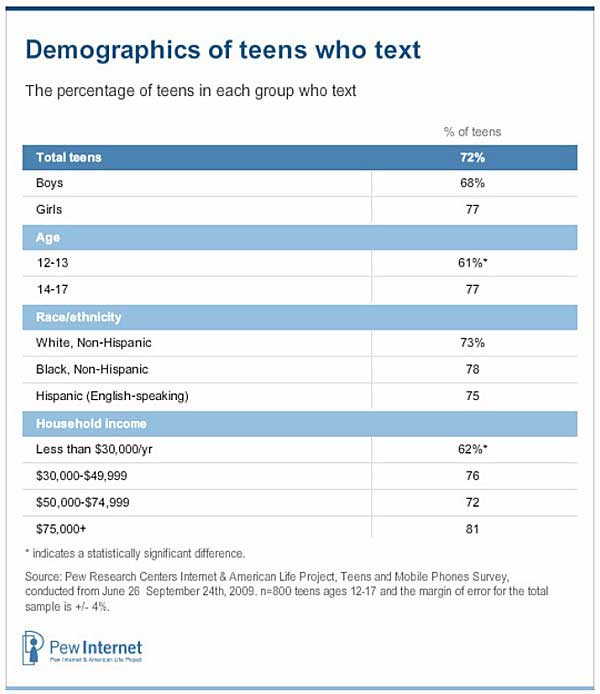 Among all teens, texting is used for myriad reasons, including communicating with friends and family (95%), reporting locations (89%), and coordinating meetings (85%). 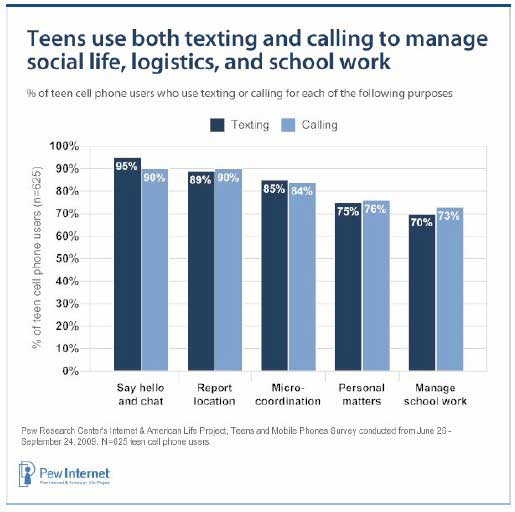 Teens also use texts to exchange information privately (75%) in situations where voice calling would be inappropriate or unwise.

Using the Cell Phone for Calling

Calling is still a central function of the cell phone for teens, and for many of them voice is the primary mode of conversing with parents: 68% of teens with cell phones say they talk to their parents on their cell phone at least once a day.

Some notable differences in voice-call use among teens across ethnicities include the following:

Beyond text messaging and voice calling, teens who have multipurpose phones say they use many of the extra features. Among the most popular are taking (83%) and exchanging (64%) pictures: 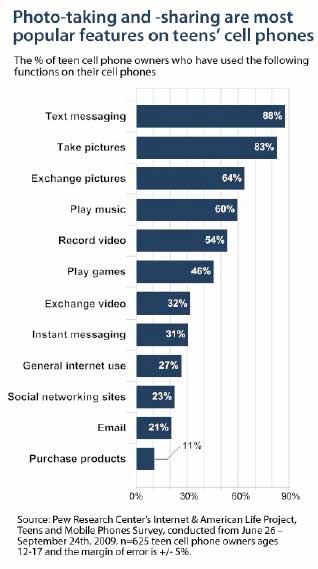 Fully three-quarters of teen cell-phone users (75%) have unlimited texting plans, while just 13% have a pay-per-message plans.

Most teen cell phone users (69%) have a phone that is part of a contract covering all of their family's cell phones, while 18% are part of a prepaid or pay-as-you-go plan and just 10% have their own individual contract.

About the data: The Pew Internet survey is based on telephone interviews with a nationally representative sample of 800 US teens age 12-17 and their parents, as well as nine focus groups conducted in four US cities in June and October 2009 among teens age 12-18. The survey was conducted by Princeton Survey Research Associates International.