Email campaign volumes and open rates improved in the fourth quarter of 2011: Average email volumes per client grew 21.0% over levels recorded a year earlier, while average open rates increased 12.2% year over year, according to a report by Epsilon and the Direct Marketing Association's Email Experience Council.

Below, key findings from the Q4 2011 North America Email Trends and Benchmarks Results, by the Epsilon and the Direct Marketing Association's Email Experience Council, based on the analysis of 8.5 billion emails sent during the fourth quarter of 2011.

Some key findings from the fourth quarter: 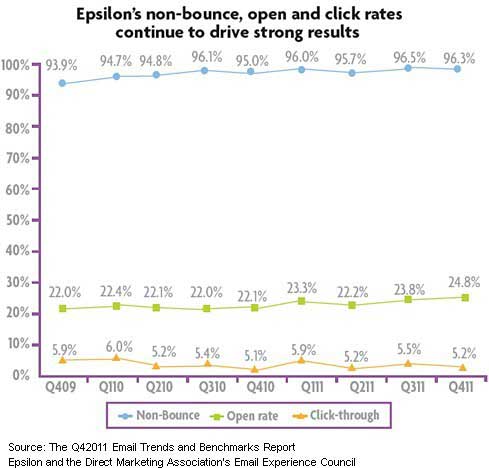 Email open rates and click rates varied by industry in the fourth quarter: 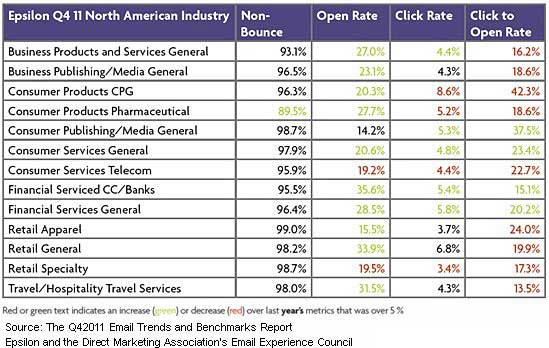 The Q4 2011 Email Trends and Benchmarks also analyzed the types of messages sent and their average performance:

Across message types, marketing emails delivered lower open and click rates than acquisition and editorial messages in 4Q11, and much lower rates than service messages. 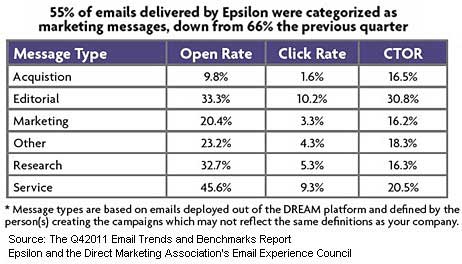 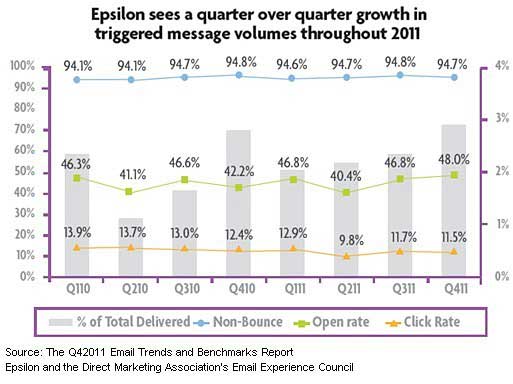 About the data: Findings are from an analysis of 8.5 billion emails sent by Epsilon in October, November, and December 2011, across multiple industries and approximately 130 participating clients. The analysis combines data from both of Epsilon's proprietary platforms, DREAM and DREAMmail.