Work, Interrupted: It Takes About 30 Minutes

Dealing with on-the-job distractions is a constant part of every marketing professional's day, according to a new survey by The Creative Group.

Ad and marketing executives surveyed say the longest they can work on a task without being interrupted is 30 minutes, on average, the according to the study.

The most common culprits of on-the-job distractions are people stopping by to chat and phone calls, cited by 27% and 26% of ad and marketing execs, respectively. 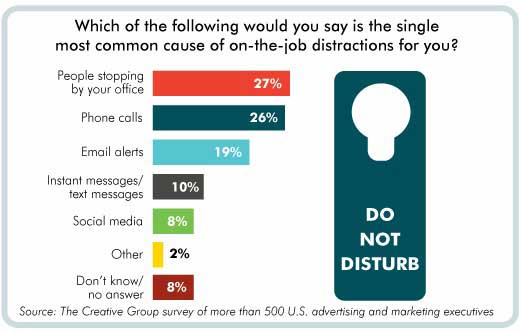 Some 19% of ad and marketing execs cite email as the biggest cause of work distractions, whereas 8% cite social media.

For professionals in all industries, such unplanned tasks are often the primary reason for not completing planned work.

Most (63%) business professionals frequently create to-do lists to help combat the problem, according to separate research from LinkedIn. Women are more likely than men to say they frequently keep to-do lists (71% vs. 60%).

Even so, only 11% of business professionals say they accomplish all the tasks they plan on a given workday. 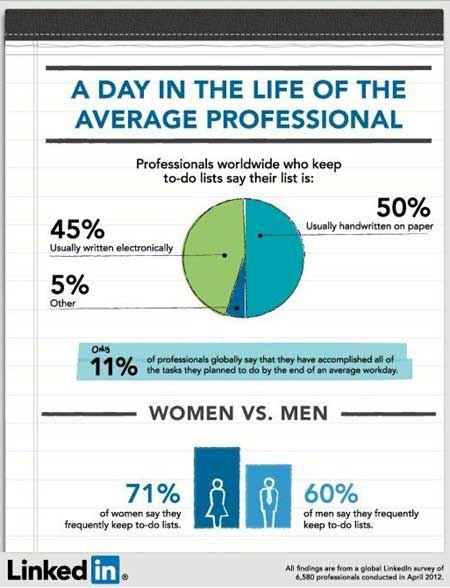 Among those who make lists, fully one-half jot them down on paper, whereas 45% make lists electronically.