Though seniors (adults age 65 and older) have spent much of their lives without the technology that younger generations have grown up with, fully six in ten (60%) say they use the Internet, participating in a variety of activities such as social networking, playing games, and buying products, according to report by Forrester Research. 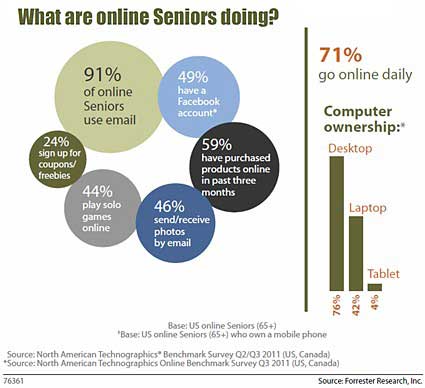 More than seven in ten (71%) online seniors use the Internet daily.

Moreover, a growing share of seniors own a cell phone, according to separate research from Pew. 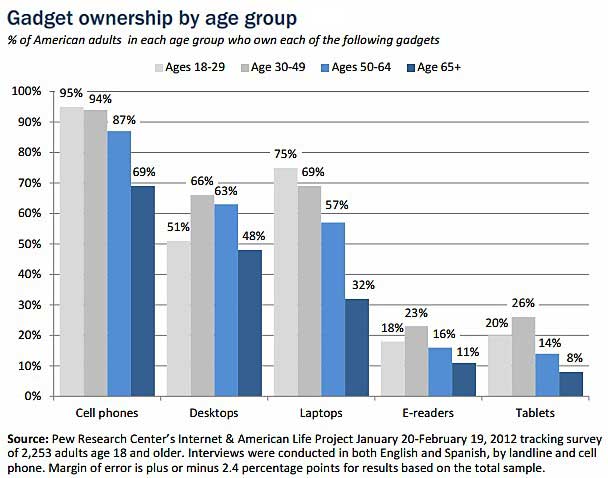 Roughly one in ten American seniors now own an e-reader (11%), while slightly fewer (8%) own a tablet device, Pew found.

About the data: For the North American Technographics Benchmark Survey Q2/Q3 2011 (US, Canada) Forrester conducted a mail survey fielded from May to July 2011 of 10,802 US households and individuals age 18+. Pew Research Center findings are based on a survey of 2,253 adults age 18+ fielded from Jan 20 to Feb 19, 2012. The report was authored by Kathryn Zickuhr and Mary Madden of the Pew Internet Project, June 6, 2012.