Personal recommendations and branded websites are more trusted than paid advertising in all its forms, including digital, mobile, TV, and print media, according to a report by Nielsen.

Among surveyed consumers worldwide, "recommendations from people I know," or personal recommendations, garner the highest trust ranking with 92% of consumers trusting this source completely or somewhat.

By contrast, mobile ads—both in display (33%) and text format (29%)—are the least trusted format of paid advertising. However, other digital formats such as banner ads (33%), and those served via social networks (36%), don't fare much better. 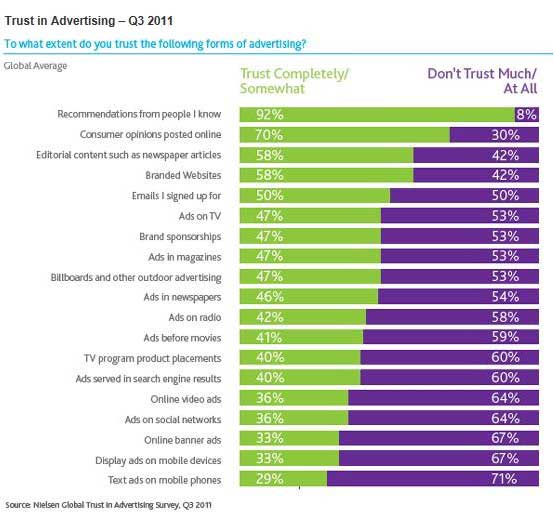 Below, other findings from the Nielsen study, which also explored various advantages of combining earned, owned, and paid media to maximize the impact of ad dollars.

The following are three examples of convergence between paid, owned, and earned media. 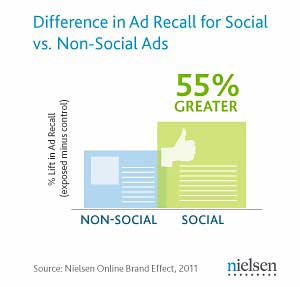 3. Owned can work harder than paid

To understand the impact of owned media when consumers arrive at websites, Nielsen measured the off-line sales impact of those consumers exposed, versus not exposed to a brand's website. In the example below, exposure to Brand X's website drove almost three times the sales lift of paid digital ads alone: 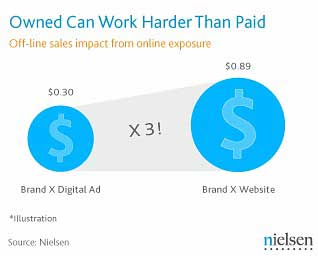