Google Sites was the top-ranked Web property in September 2012, attracting some 187 million visitors, followed by Microsoft Sites with 167 million, Yahoo Sites with 164 million and Facebook with 150 million, according to data from the comScore Media Metrix service.

Pinterest made its debut appearance on the top 50 chart at No. 50, surpassing 25 million visitors for the first time. ESPN climbed six spots in the ranking, to No. 23 recording a 24% spike in traffic during the month.

Among syndicated Ad Focus entities, ShareThis ranked first, reaching 94% of online Americans in September. Google was second with 81.3% reach, followed by Outbrain with 74.9%, Yahoo Sites with 74.4%, and Facebook with 68.4%. 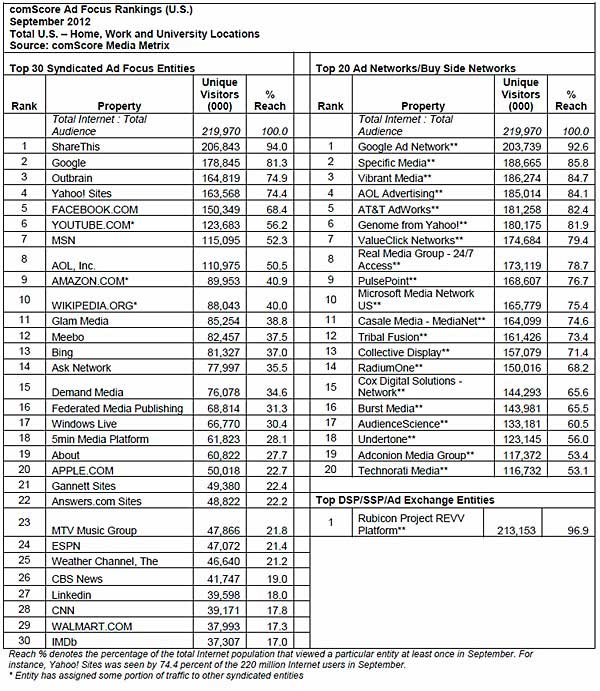