Legitimate marketing messages account for an alarming 70% of "this is spam" complaints in consumers' inboxes, underscoring just how important it is for marketers to keep email lists up to date and make use of email marketing best-practices, according to a report by Return Path.

Consumers use "this is spam" to report anything they don't want to receive, even if they initially opted in to receive it (and even if there is an "unsubscribe" link available), Return Path notes.

That makes it tougher for email marketers to maintain high sender reputations and deliverability levels. 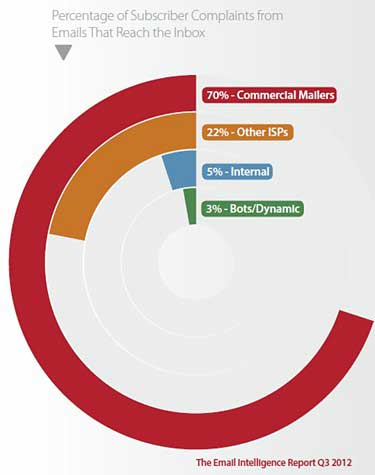 Below, additional findings from Return Path's Email Intelligence Report for the third quarter of 2012.

As with spam complaints, marketers account for a disproportionate amount of email that is caught in spam traps: 60%. That's much higher than any other source, including botnets, which account for 11% of spam trap hits: 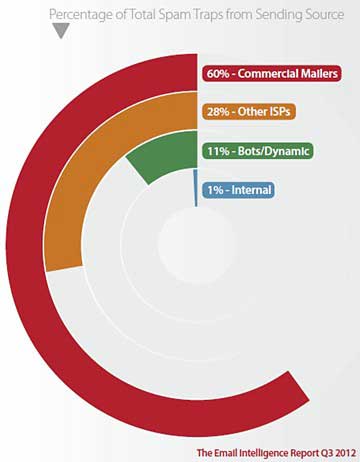 Roughly 18% of all commercial email in North America never reached the inbox in 3Q12: 5% landed in spam traps and 13% was blocked or went missing:

About the data: Return Path conducted this study by monitoring data from its Email Intelligence Suite for campaigns delivered from July 1 to Sept. 30, 2012. Return Path reviewed data from 241 ISPs in North America, Central and Latin America, Europe, Asia, Australia, and the Asia-Pacific territories.