ComScore's Top 50: Google Nabs No. 1 Spot for Desktop and Mobile

Google was the top-ranked Web property in February 2013, attracting some 228.1 million total unique visitors via desktop and mobile devices in the US, according to comScore's newly launched Media Metrix Multi-Platform service.

The inaugural report offers unduplicated accounting of audience size and demographics across the desktop (including video), smartphone, and tablet platforms, comScore said.

In addition to Google's desktop audience of 196.8 million unique visitors, the search giant attracted an incremental mobile-only audience—roughly 31.3 million users—that extended the reach of its desktop audience some 16% in February.

The following chart lists the top 25 in comScore’s top 50: 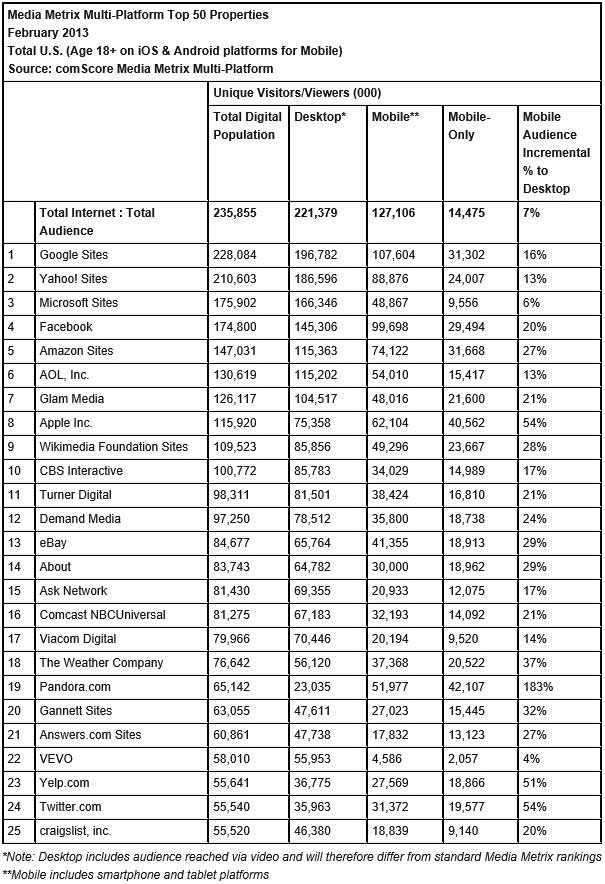 On average, properties ranked among the Top 100 increased their audience size 38% in February, and 19 of those properties had incremental mobile audiences that extended the reach of their desktop audiences some 50%.

The properties with the greatest incremental percentage gains via mobile were Groupon (223%), Zynga (211%), and Pandora (183%).

The following chart lists the brands ranked 26-50 in comScore’s top 50: 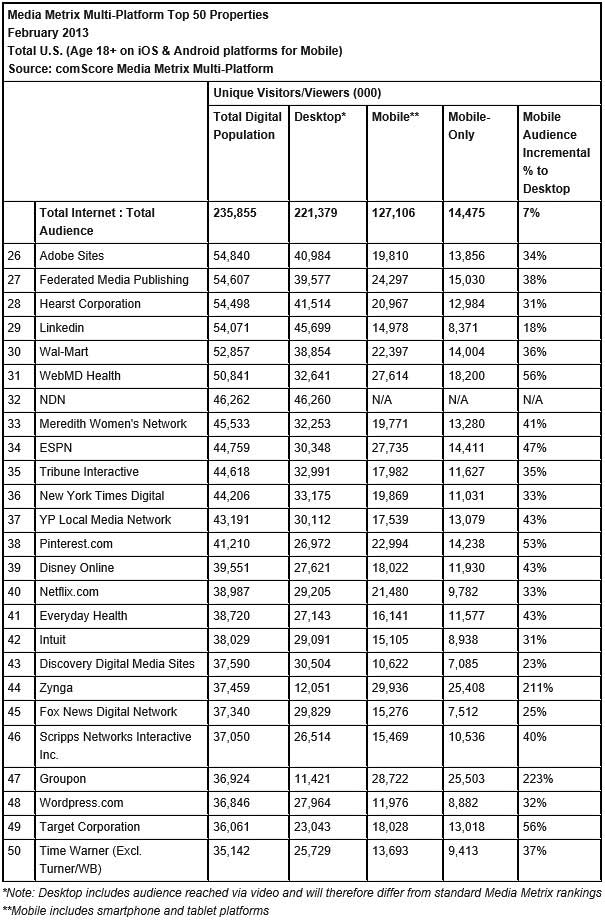 "This unified view of digital audiences not only establishes a new measurement standard for the industry, but also has the potential to unlock insights that can deliver substantial, currently unrealized value to our publisher, advertiser and agency clients."