As online video becomes a part of the marketing plans of a growing cross-section of advertisers, 72% of video buyers' budgets increased in the past year, according to the 1Q13 analysis of the State of the Video Industry study from Digiday and adap.tv.

Moreover, nearly half of those who buy online video advertising (48%) have added mobile video to their marketing arsenal, the study found.

The average spending increase of those whose video budgets rose was 53%, compared with just 20% the previous year—a doubling of the average budget hike—according to the Q1 analysis. 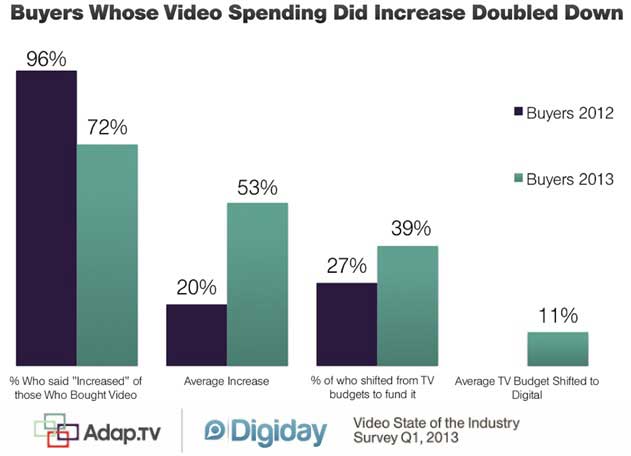 Below, additional findings from the 1Q13 State of the Video Industry Survey.

Buyers continue to see their video campaigns as much more aligned with TV advertising than display advertising: 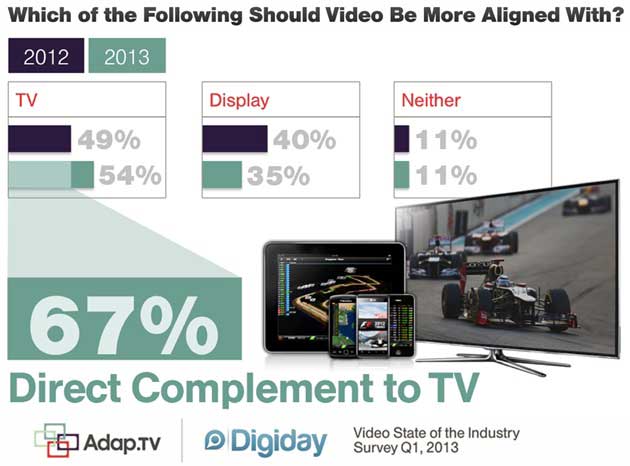 Accordingly, the cannibalization of display may proceed even more rapidly, Digiday and adap.tv said.

Most video buyers now say they see online video as an essential complement to television: 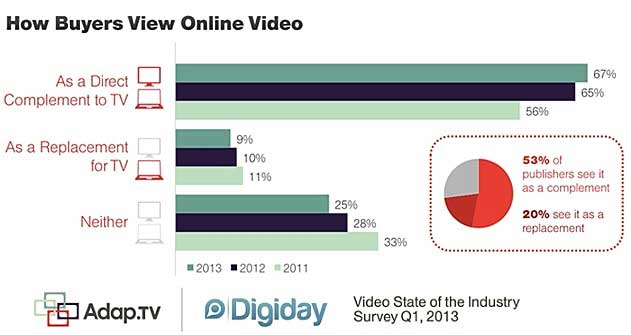 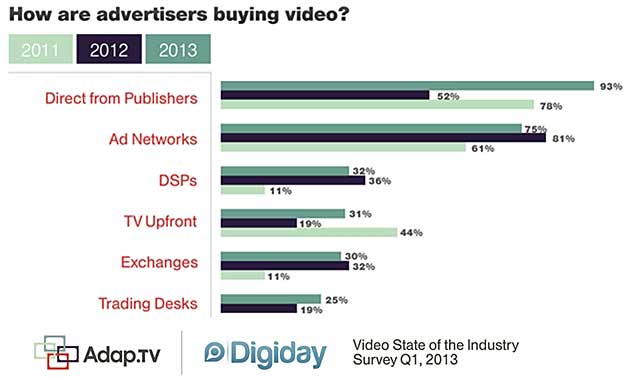 Though buyers who participated in the survey hail predominantly from the online side of the house, the gulf between the digital group and the "traditional" TV group, vis-à-vis video buys, is nevertheless still striking:

About the data: Digiday polled its opted-in base of digital media and marketing pros for their impressions of changes in online video buying and selling; 759 survey respondents took part between March 12 and 22.