Though most online adults (70%) say they know how to post content on a Facebook wall, only 54% say they understand how the social networking site makes money, according to a survey from The Search Agency.

Users seem to have a better understanding of how search engines generate revenue, however, the study found.

Online women are less likely than online men to understand how Facebook makes money, though they're more likely to know how to post to a Facebook wall: 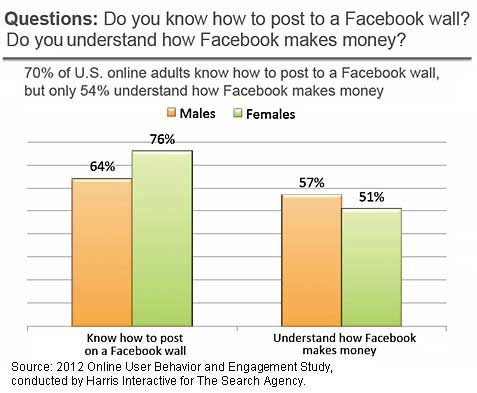 Below, additional findings from the 2012 Online User Behavior and Engagement Study, conducted by Harris Interactive for The Search Agency.

People appear to have a better understanding of search-engine revenues.

People believe search engines have other sources of revenue, too: 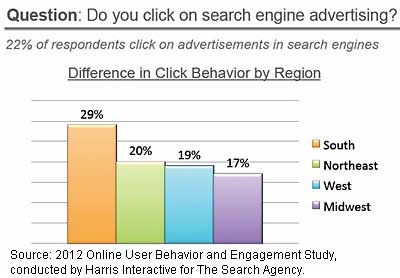 Younger people are more likely to click on ads: 30% of online adults age 18‐34 say they click on search engine ads—nearly double the rate of those age 35+ (18%).