With the summer over, many companies have begun thinking about capturing consumer attention in the run-up to the holidays.

With e-commerce sales during the 2015 holiday season having grown 13.3% year over year, this year is set to be a bumper holiday season for retailers, and they are busy kicking off campaigns even as we speak.

If pay-per-click (PPC) advertising on search engines like Google and Bing is in your marketing plan, here are a few tips to help you get ahead (and stay ahead) of your competition this holiday season.

1. Start putting your campaigns together now

According to The National Retail Federation, 46% of consumers say search engines play a major role in their purchase decision both for inspiring ideas and comparison research. Moreover, 20% of consumers actually start looking for gift inspiration as early as August says a report from Rocket Fuel into what influences shopping decisions: 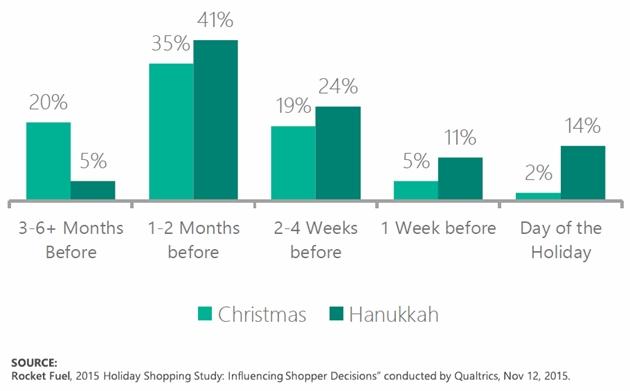 Starting your campaigns at the latest in October (preferably, in September), makes sense, not only to capture early eyeballs but also to have time to test and refine ad copy and landing pages before the big rush.

2. Focus on the omni-channel shopper

Research from Facebook IQ calls out the omni-channel shopper as someone who researches and buys presents both online and offline. These shoppers especially focus their purchases on clothing, electronics, home appliances, home goods, and beauty.

They use laptops, tablets, and smartphones to shop at home but also for showrooming in-store, too. They have a low attention span and they are channel-agnostic—using convenience, value, and reassurance as their barometers of where to buy.

They also spend more that the shopper who just shops offline: 75% more.

3. Don't let your message be sidelined 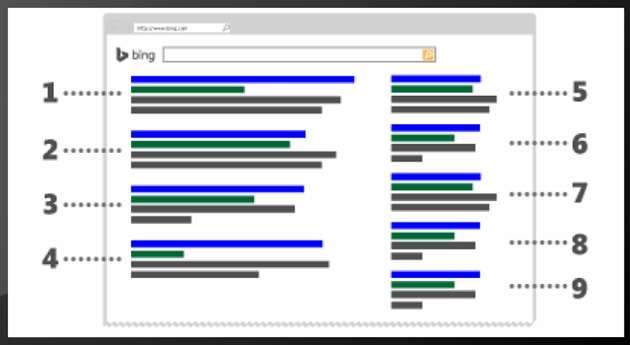 In PPC, ad position does matter. If you create killer keyword and ad combinations that rank in the mainline (positions 1,2,3 or 4), you'll be in a good place: According to Bing data, 80% of clicks happen in the mainline, 54% of clicks happen in the No. 1 spot, and advertisers have a 1,700% greater click-through-rate if their ads are front and center as opposed to at the side.

As for cost, you'd think for many industries the price of having your ad positioned in the mainline would be prohibitive, but data from Bing shows that the increase in CPC was on average just 7% between being on the sideline and getting better placement in the center of the search engine results pages.

Though your website might rank organically on Google or Bing for your brand terms via SEO, there is evidence to suggest that bidding on your own name for a PPC ad will garner you more eyeballs and engagement.

In a study of 25 million clicks, Bing data scientists found that advertisers who bid on their own brand terms had a 65% lift in clicks to their website. By taking up more real estate on the page, you'll squeeze out clicks to your competitors. The research found that savvy brands get up to 85% of clicks on a page if they appear in both organic and paid search results.

Whatever product or service you're selling this holiday season, these four tips should help you stand out from your competition and give you a ton of marketing data with which to optimize your campaigns and landing pages to increase sales and ROI toward the end of the year.

For more on this insight and more tips, download the 2016 Bing Ads Holiday Insights Report.

Frances Donegan-Ryan is global community engagement manager at Bing Ads, where she helps businesses of all sizes capitalize on the power of search marketing.