A Future-Proof Way to Monetize Content in an Ad-Averse, Mobile-First World

Interstitials and algorithm changes. Ad blockers. Accelerated Mobile Pages (AMPs). Publishers have mountains to climb in trying to reach their audiences in this mobile-first world.

Intrusive interstitials will all but be eliminated due to Google's forthcoming algorithm change. Ad blockers are used by at least 25% of mobile users. Google's Accelerated Mobile Pages, which were previously limited to a carousel atop the mobile search engine results page (SERP) are now scattered throughout the results.

Gone is the "mobile friendly" label; in its place is the "AMP" designation. 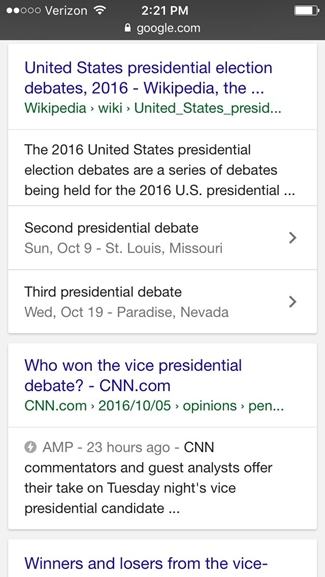 With the rapid adoption of AMP and the push to be a mobile-first world, this major change in the SERP for mobile users comes as no surprise.

Yet the full impact of AMP on the purchase funnel has not been realized. Publishers continue to struggle with declines in traffic and revenue upon AMP deployment, problems that are likely to worsen with more AMP results in the SERP.

According to Digital Trends, as many as 25% of smartphone users have ad blockers enabled on their phones, a number that is likely to continue trending upward.

Of the display ads that mobile phone users are seeing, as many as half of display ad clicks are in error, recent studies show; that inflates any metrics advertisers use to assess campaign performance.

Between ad blockers and these clicks in error, it is difficult for advertisers and publishers to appropriately report on and account for display ad revenue.

Finally, we have the AMP hurdle.

As you can see in the following screenshot of an AMP from CNN, my quick scrolling through an article passed over a display ad that did not load. Since I do not use ad blockers, it is apparent that loading third-party ads is another hurdle for publishers. 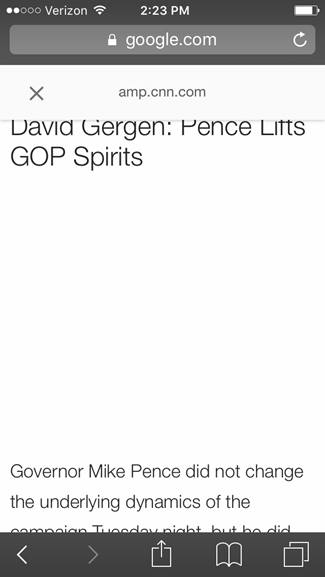 Users who expect a website to load in a few seconds are likely to skip over display ads that don't load, such as in that example.

Prior to widespread adoption of the AMP format, publishers reported that revenue from display ads is either stagnant or in decline, according to a survey published in October 2015 by eConsultancy. Should publishers investigate display ad revenue for AMPs versus desktop and mobile versions of the same article, they are likely to see the situation worsen.

How Publishers Can Respond and Monetize

Slow-loading display ads, AMPs, and ad blockers combine to become a kind of perfect storm for publishers who depend on revenue from display ads. Attempts to add paywalls or premium options likely will not fill the gap. According to the NiemanLab, Millennials are willing to pay for digital content, but not necessarily for the news.

In the face of this cultural shift, freemium content and paywalls are relics from an early-2000s model that needs to be replaced. Publishers need a future-proof way to monetize content that will not rely on outdated gating strategies or display ads.

Publishers must take a deep dive into their data to foster a greater understanding of who their audience members are and what those audiences need and want.

Publishers should also make content audits a priority. What pieces of content are consumed most often? Which topics could be eliminated in an effort to focus on that which audiences desire most?

With a thorough review of analytics, demographics, and psychographics, publishers can respond by making every piece of content worth the investment required for production and consumption. Ensuring each piece of content meets the needs of the target audience supports the logical next step: distilling articles, broadcast emails, podcast episodes, tips, tricks, and best-practices into original products.

All of that data about an audience, the content they consume, and the affiliate programs they use combine to set the stage for new products that clearly align with the brand, the mission, and the message for a publication.

While creating new products, publishers can set the stage for their audiences with their existing purchase funnels through an examination of some of the following questions:

Entrepreneur is an excellent model for monetization that publishers should examine. With its website, books, coaching sessions, lending program, and an annual conference, Entrepreneur demonstrates the responsiveness required to monetize today. Aspiring entrepreneurs enter the funnel on a free piece of content and can be upsold on an e-book or a magazine subscription. Conferences bring content into the real world, helping Entrepreneur create customers for life.

To jump those hurdles introduced by ad blockers, AMPs, and any other algorithm changes that we are not yet privy to, it is imperative for publishers to consider their long-range plans: value-add products that have the potential to create lifelong customers.

Claudia Pennington is a digital marketer, trainer, and speaker, and the CEO of Side Hustle LLC.