Four Ways to Build Your Thought-Leadership Influence on Twitter

If your thought-leadership program is concentrated only on creating and pitching contributed content, you're missing out. By engaging with readers, journalists, and industry influencers on Twitter, you can greatly amplify those efforts.

Here are four ways how.

Your PR team has a list of journalists they're courting, and industry analysts and influencers whom they cite in contributed content. Chances are that most of those industry heavyweights are active on Twitter.

In short, use the immediacy of Twitter to start building personal relationships that are all about them—not about your brand story. 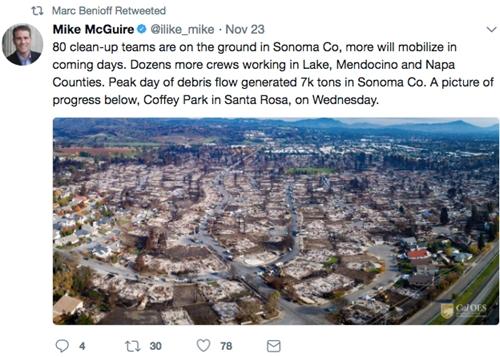 When you pitch a piece of contributed content or draft a presentation, you are able to reach a highly targeted audience. But that audience is limited to the people in the room for the presentation and the subscribers to the publication.

Build stronger emotional connections with your audience by Tweeting during conferences and events. Then think about ways to reuse, repurpose, and redistribute your executives' thought-leadership content.

Howdy #Priceonomics folks! Glad to be with you this afternoon. You can find my slides online at https://t.co/gwx2d4Aypi

Many brands and their executives stick to sharing only their own content on social media. But you can build a loyal and engaged following by being a source for sharing highly curated, high-quality third-party content.

Loved this. If you're trying to convince a friend to take up machine learning, forward this to them! https://t.co/YTdKCr325M pic.twitter.com/qMUXW6b3Tv

4. Connect with influencers and other thought leaders

To increase media coverage, thought leaders often focus on influencing other thought leaders. Although doing so is an important component of a thought-leadership strategy, it should also be paired with creating content that resonates with your audience and becoming a valued part of the community that surrounds your product and brand.

Through social listening, you can uncover micro-influencers who are passionate about your topic area. In addition to gaining an understanding of your audience through their Tweets, by engaging with them one-to-one via Twitter, you have the opportunity to build an engaged community, which, in turn, helps elevate your own content.

It’s also why we do what we do. Seeing the smiles drives us each and every day. Thanks for sharing.

All of us in the food industry have a responsibility and the ability to fix this problem.

Don't let your Twitter profile act as merely another channel for company news. When it's instead used as part of your company thought-leadership strategy, you have the potential to change the conversation.

Want to amplify your efforts? Try out these tips by creating a Twitter Ads campaign today.