Like most great CEOs, Mark Parker sought the counsel of some wise mentors when he first took the helm at Nike. One of those mentors happened to be Steve Jobs, who shared the following piece of advice: "Nike makes some of the best products in the world. Products that you lust after. But you also make a lot of crap. Just get rid of the crappy stuff and focus on the good stuff."

The problem with focusing on the "good stuff" is that most of that stuff isn't shiny or new anymore. For your top talent, whether they are marketers, designers, or innovators, working on version 4.0 of a tired franchise is the equivalent to being assigned corporate latrine duty.

Yet, that's exactly what the best companies in the world do. Instead of chasing the new, they innovate the old. They take all of their shiny new ideas and apply them against existing products and services that already have tremendous market momentum and consumer goodwill, with the goal of making them even more iconic.

Innovating your existing products and services leverages your existing staff, structures, processes, manufacturing facilities, distribution channels, retail outlets, and customer base in a way that "radical" new innovation never can. It's a smart use of resources and energy; it leads to increased gross margins; and it has a far higher chance of success. It's also simpler to do, and you'll start seeing results faster.

But the most important reason to innovate the old is to protect your iconic status, the highest and most profitable form of branding.

There is plenty of evidence that iconic status leads to greater customer loyalty, greater demand, and stronger testimonials. Research from WPP, one of the world's biggest advertising agency groups, has determined that people find it far easier to remember iconic brands. Its studies have revealed that iconic brands have over 60% better top-of-mind awareness than non-iconic brands. That's because iconic brands connect more deeply with their audiences.

As a classically trained designer, Mark Parker fully understood the value of iconic design and was able to apply this thinking against one of the most successful franchises in the Nike portfolio, the Air Max.

Having just celebrated Air Max Day (March 26) and the 31st anniversary of the shoe, let's consider four ways Nike has been able to innovate this ever-popular product. 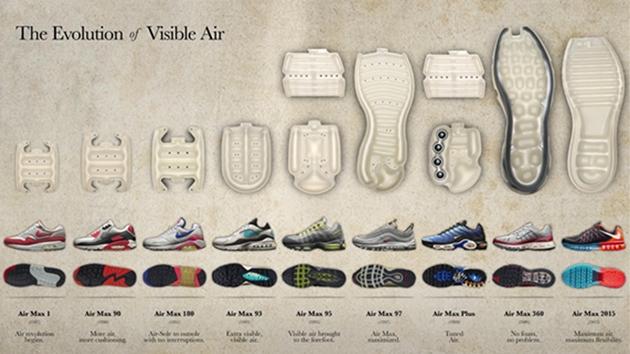 Iconic products enjoy a stronger connection with their audience, and consistency is an important element of that connection. Iconic signature elements act as solid anchors, giving believers something to define themselves by. If your brand is wildly inconsistent across its touch points, it's unlikely to make it to the iconic level.

Consistency leads to familiarity, familiarity leads to confidence, and confidence leads to trust. Trust, in turn, leads to more sales, more recommendations, and more profit. Consistency is essential if you want to earn status as a symbol in your industry. 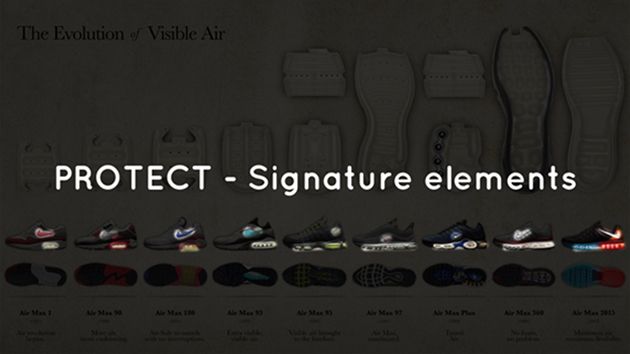 Over the past three decades, Nike has carefully protected its key signature elements, including the Nike Swoosh and the unique air pocket in the sole of the shoe. These elements are not merely distinctive; they also connect each generation of the Air Max with its audience in a way that is both familiar and reassuring.

2. Evolve your story and heritage to create meaning

If a stranger handed you a Montblanc pen along with a scrappy BIC pen with a chewed-up lid, you'd have a pretty good idea which one was more valuable to them. If he then told you that he and his wife had signed their marriage certificate with that BIC, they've held on to it for 12 years, and they use it only once a year to write anniversary cards to each other, you'd probably change your mind.

That's the power of stories to create meaning. Story can totally transform the value of a product. 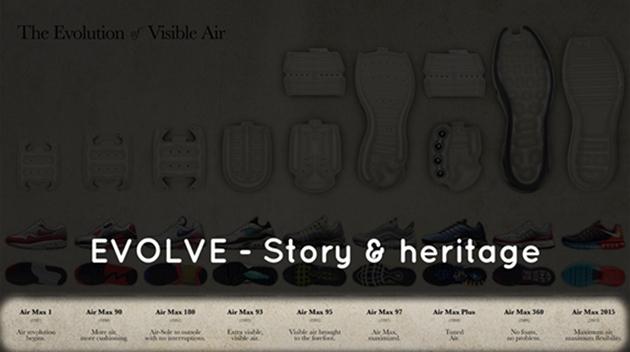 Nike has constantly evolved the story of the Air Max, from the origins as a space-age, NASA technology used to protect astronauts from head trauma, to the elevation of the brand along with each leap of every child who just wanted to "be like Mike."

3. Innovate the benefits to deliver delight

As I noted earlier, the best companies innovate the old. They look at their existing products and look for ways to draw attention to them more clearly, add more theater to them, and increase the amount of delight they deliver. 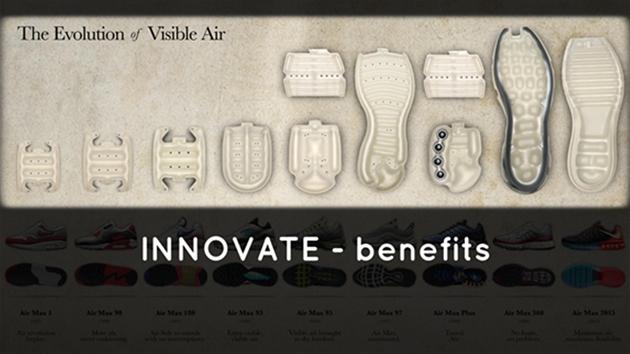 Think of the Nike Air technology. The air pocket was originally hidden inside the sole. When Nike innovated to make it visible in the first Air Max, the shoe suddenly took off. Nike continued to innovate on the product until the air pocket extended beyond the heel to cover the entire length of the shoe.

This process has continually added drama to the product and kept it fresh.

This constant innovation has also made it harder for competitors to get a leg up. Reebok launched its Pump sneakers the year after the Air Max 1 was released, in an attempt to claw back some market share, but it's never had the same success.

Keeping your iconic product fresh and contemporary requires reimagining it. If it doesn't change over time, it sends the message that you're not that interested in it, so maybe your audience shouldn't be either. That means it will slowly slip out of relevance, and you'll lose your audience.

Refreshing your product is about more than just keeping it up to date. A 2006 study at University College London found that novelty activates dopamine pathways in the brain, making us feel good. Our brains crave dopamine. But, over time, the effects of new stimulation wear off and less dopamine is produced. Products quite literally become less rewarding over time.

Without frequent refreshes, even the most iconic product will gradually lose its wow and become just an everyday object. 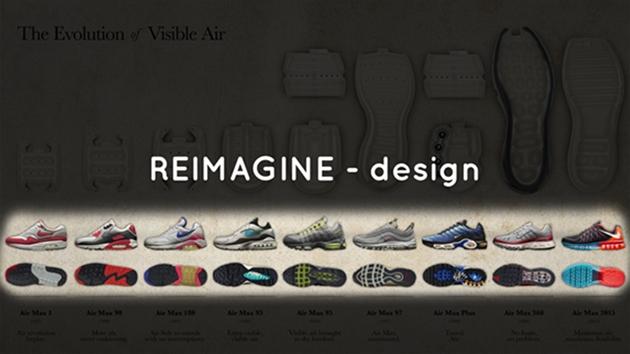 With each iteration, Nike didn't merely capture the zeitgeist and trends of each era; in many instances, its designers were given license to push the envelope on design aesthetics to blaze a new path on the fashion runways.

Marry the old with the new

Innovating the old is not merely more profitable. For your top talent, it can be an opportunity to showcase their innovation, storytelling, and design chops in a way that is both motivating and rewarding.

The key to success is marrying the best of the old—signature elements and heritage—with the excitement and delight of the new.

Over time, that approach creates greater longevity and more sustainable competitive advantage, allowing you to up the lust to deliver more of that iconic "good stuff."

Soon Yu is the author of Iconic Advantage: Don't Chase the New, Innovate the Old, an international speaker on innovation and design, and an adjunct professor at Parsons School of Design.