Naming Your Product: Shades of Meaning (An Inside View Into Nail-Polish Naming)

Baffled. Enthralled. Amused. Maybe even insulted. Those are just a few of the reactions you might experience when encountering a nail polish name. But whatever the emotion it elicits, top-marketing executives agree that the name of the shade is nearly as important as the color itself.

So who is in charge of such an important task? It all depends.

At Lippmann Polish, founder, creator, and CEO Deborah Lippmann develops the names herself. Considering her passion for music and singing, it is not a coincidence that she uses popular song titles like "Baby Blue Eyes" and "Across the Universe" as names for her shades. Shade naming is also very personal for Essie founder Essie Weingarten, whose inspirations include a fascination with Old Hollywood ("Leading Lady").

For other polish companies, shade naming is a group affair. Suzi Weiss-Fischmann, co-founder/artistic director of OPI, gathers together a small group of staffers, and for 6-8 hours the team reviews previously submitted names and brainstorms candidates for OPI's new offerings. A melding of minds is also the method at Butter London: Its names are jointly developed by Katie Jane Hughes, the company's global color ambassador, and its product development team.

And then there are companies that prefer to work with outside branding or advertising agencies. Which is how we found ourselves in the delightful position of developing 27 soon-to-launch shade names for Tutti, an upscale nail and spa located throughout the United States.

Here is a high-level look at how we approached the project, along with some tips and techniques that might prove useful for brand managers, marketing executives, or indie polish developers tasked with creating monikers for their lacquers.

Base Coat: Before the Naming Begins

As with every naming project, it is important to have a clear sense of the company's customer base and the company's personality; they are crucial to name development. Considering Tutti's positioning as an elegant brand and its affluent, more mature market, we immediately ruled out irreverent names; they might work well with fashion-forward millennials, but they would be off-brand for Tutti.

When naming nail polishes, there is another critical factor to consider: How will you handle color? Should you reference it overtly (e.g., "Double Decker Red" (Rimmel) and "Brown Bag Lunch" (INM)) or not mention it at all?

Polish names with no direct or metaphorical reference to color can risk sounding silly or random. But when done well, that approach can lead to highly creative and memorable monikers that reinforce the brand. That's the case with many of Smith & Cult's names: "Gay Ponies Dancing in the Snow," "Ghost Edit," and "Exit the Void," for example, are in perfect harmony with the brand's rocker-like cool yet still sophisticated personality.

Other companies, like Tutti, choose to evoke color without direct mention. This approach led us to develop names like "Vintage Chandelier" (clear with sparkling bits), "My Pet Samoyed" (clean white), and "Nugget Noir" (black with golden sparkles).

As with all naming, research is a central part of the creative process. In Tutti's case, research played an even bigger role than usual because we needed a robust range of multi-hued rare and costly things to develop names for.

Accordingly, we pored over the lore and history of unusual spices, gems, and flowers, as well as exclusive travel destinations and uncommon fabrics. We read menus of Michelin-restaurants, drew inspiration from classical and contemporary arts, and delved deep into the world of fine foods, wines, and chocolate.

Once we had loaded our imaginative palette, we began to play. That involved mixing and matching words, creating short phrases, and experimenting with ways of bringing unlikely concepts together.

During that process, we kept the sound of word combinations uppermost in mind, as names must please the ear. To achieve this musicality, we relied on alliteration (repetition of words that begin with the same letter), assonance (words sharing the same vowel sound), and consonance (similar sounds in the middle or the end of the words). These stylistic devices led to names like "Bungalows in Bora Bora," "Brava Callas," and "Stolen Kiss Hibiscus." 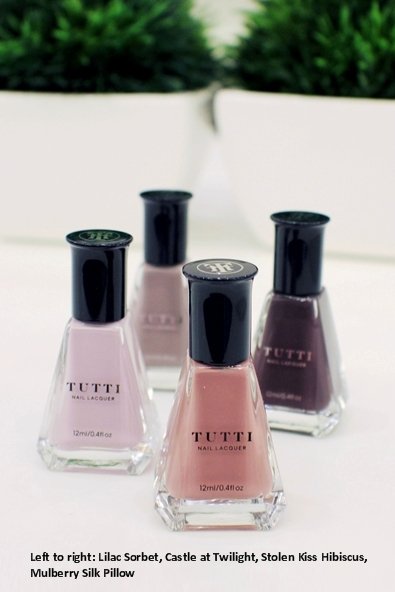 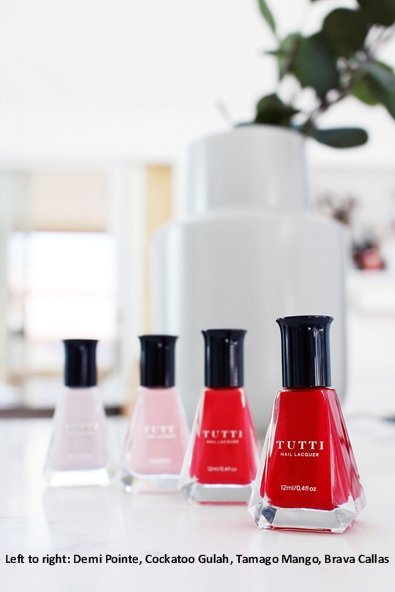 After generating hundreds of names, we ranked each name for its aural, visual, and storytelling appeal. The names with the highest score were then subjected to a preliminary trademark screening.

Interestingly, during our preliminary screening, we did not encounter many conflicts with other polish shade names. Though further research is needed before drawing any definitive conclusion, it appears the polish industry isn't racing to formally register shade names.

Regardless, you should always hire an intellectual property attorney to screen and assess your names for risk, and you should be on the lookout for similar names from competitive brands that could confuse your customers.

You will also want to avoid using existing brand names. Tiffany Blue? Coca-Cola Red? Unless granted permission from the owners of the respective marks, it is wise to stay clear of references to other brands. Similarly, you might want to rethink using the titles of literary or musical works unless they are in public domain. (Have a look at River + Wolf's brand naming blog for a little more on trademark issues.) https://riverandwolf.com/getting-clearer-on-trademarking/

In sum, shade naming is the Holy Grail for many brand namers because it allows so much room for creative play. That said, it's never a "Walk in the Park" (Maybelline). So, if you find yourself charged with naming nail polish shades, we hope these insights can help.

And if you're not tasked with this delightful and daunting job, we'd be "Over the Moon" (Color Club) if this glimpse into the wonderful and sometimes weird world of nail shade naming heightens your appreciation for the beautiful, clever, or just plain fun names on the bottom of the bottle.

Margaret Wolfson is founder and chief creative of River + Wolf, an award-winning NYC naming agency with clients around the globe.

Jacqueline Lisk is founder of JR Lisk Inc., a writer, marketing strategist, and naming specialist who regularly partners with River+Wolf.