Millennials and Gen Z Are Using Social Media Less: Here's How to Earn Their Attention and Loyalty Now

Social media has been a key communication channel for as long as digital marketing has been around—but social media use is declining. Most marketers never believed they'd see the day.

After all, teens and young adults have reigned on social media since the advent of Facebook, the inception of Twitter, and the invention of Pinterest, Snapchat, and the rest.

But the day has come.

Social Media Usage Is Down

Recently, Convince and Convert analyzed findings from The Social Habit study, a yearly report from Edison Research and Triton Digital.

The findings regarding Americans age 12-34 are crazy when you look at trends over the past two years: 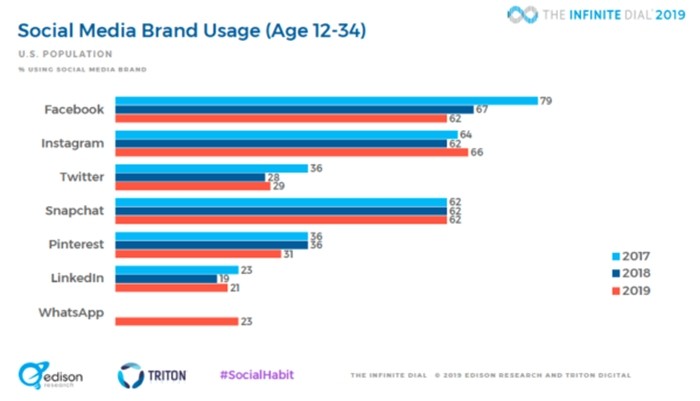 The bottom line: Social media usage is falling among Gen Z and Millennials.

Julia McCoy is a content hacker (noun: growth-focused content marketer), an author and educator, and the CEO of Express Writers.