Rebranding: Five Steps to Building a Story of Evolution and Growth

As any entrepreneur will tell you, good ideas start with a need.

In nearly a decade, Dropbox hadn't felt the need to alter its identity. It wasn't until Dropbox Creative Director Aaron Robbs saw the need to align the brand with how people were actually using it that a rebranding project finally kicked off.

Dropbox had historically cemented its role as an "end of process" product, useful when a project is complete and ready to be stored. In practice, however, Dropbox had long since been used for collaborative processes and has been a major contributor to development and production flows.

In 2017, Dropbox Creative Director Aaron Robbs set out to transform the way the public thought about Dropbox. He intended to reposition it from a static, "heavy" brand that stood for merely storing files and lugging them from one inbox to another, to a dynamic brand, "in motion," that lives inside work processes and is a partner in development.

At that time, the Cloud storage revolution was already well underway and Dropbox was facing bitter opponents: Google Drive, OneDrive, iCloud... To make matters worse, it was sporting an old-school corporate blue logo that was literally the shape of a box—unmistakably cementing the brand as a storage solution—a place where projects go to die.

It was time for Dropbox to up its game if it was going to stay in the game. And it took Robb's full brand overhaul to make it market-ready again.

Which brings me to step number one of B2B rebranding.

1. Feel out the market

The tech space tends to get crowded. Every company selling a product has dealt with the pains of competing for market share. Companies allocate outrageous resources to help them stand out in the crowd. But such efforts are useless if the market is not ready for your brand.

The market calls the shots. So much so that if the market isn't ready for your rebrand, your relaunch efforts will be for naught. Dropbox knew not only how to go about a rebrand but also when to do it.

Before you become discouraged, it doesn't take a horribly lagging product or a painfully dated brand to set the groundwork for a successful rebrand.

In slightly less dramatic fashion—yet with an equally successful outcome—Israeli task manager Monday launched a rebrand in 2018. Formerly known as Dapulse, the company rolled out its new Monday.com offering without changing anything about its focus and with no alterations to its original offering. 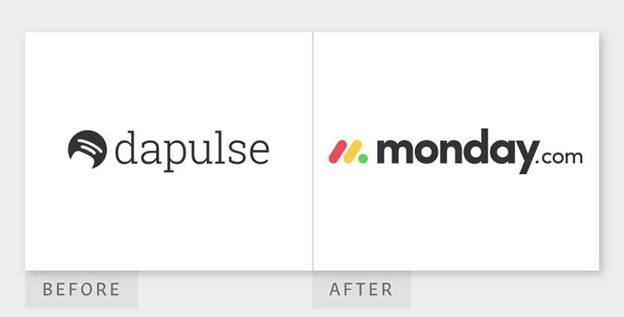 Sometimes, your brand will need a complete repurposing overhaul like Dropbox's, and sometimes it'll be just a facelift like Monday's. As long as you are pitching to a market that is ready for the "new you," you're likely to succeed.

2. Go beyond a marketing campaign

We are used to thinking about B2B rebranding—all branding, really—as a Marketing initiative quarterbacked by Design. And though they usually are the immediate suspects that will spearhead and execute the undertaking, they should by no means be the only departments involved. Sales, GTM, and Product should all have pivotal roles in a successful rebrand.

A successful B2B rebranding requires an internal, companywide, soul-searching effort to identify what its product does, whom it is sold to, and why. The new logo and color scheme you choose should say something about the company DNA and its core values. It should also tie into the mission statement.

The hotel industry was hit hard by the emergence of Airbnb, and many hotel chains attempted to take back part of the market share lost to the couch-surfing superstar. Marriott responded with the launch of Moxy Hotels in hopes of appealing to Millennial travelers. Radisson did the same with Radisson Red.

In both cases, the rebranding included much more than Marketing. Such enterprise-grade companies require getting buy-in from all departments.

Which brings me to the third step in the rebranding handbook.

3. Lock into an identity

What many marketers see as the Herculean task of creating a new brand identity really just comes down to a set of questions that need to circulate in your organization.

Remember the five Ws of storytelling? Rebranding, too, follows a who, what, when, why, and with-whom logic. Answer those questions, and you create your very own brand story.

But a brand should also have a distinctive tone of voice and style. Like humans, a brand has a set of qualities that define its personality. To uncover a brand's unique personality, you'll have to ask a few more questions: If it were a person, what would your brand like to eat? Where would it vacation? Would it be a casual or formal dresser?

The answers to those questions make up the how of a marketing strategy. They are what the market reacts to when they are met with your collateral or see your social ads, paid campaigns, and emails.

Sharesies, best known as the "nonpretentious investment banking app," wanted its customers to know the brand was approachable, welcoming, and nonjudgmental. Knowing people's usual attitude toward financial institutions, it wanted to generate the opposite experience.

In fleshing out its identity, Sharesies settled on a bright pink color palette and rounded lettering topped off with a cute pineapple logo. Breaking the mold of financial institutions? Check. Positioning your brand as friendly and approachable? Double-check. 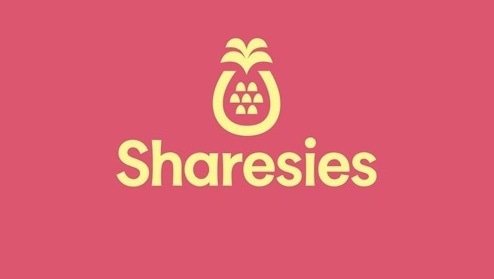 A updated brand needs to reflect where your business is going, not just where it is today. It must be a living, breathing entity, dynamic enough to grow with the company's aspirations and flexible enough to withstand the winds of change.

Keeping your brand guidelines on tap and asking yourself "Is this on brand?" often will allow the brand to develop comfortably without veering away from the iconic assets that make it recognizable.

Ensuring the longevity of a B2B rebrand ties into my fifth and final tip to rebranding success.

5. It's rebranding, not refreshing

A proper rebrand is labor-intensive and costly. Given the stakes, many companies attempt to go down a more risk-free route. That is the refresh.

Don't rush a rebrand. Either do it completely, or don't do it just yet.

I haven't gone into detail about the art of choosing a color scheme or agreeing on messaging because neither of those is at the heart of a rebrand. B2B rebranding is so much more than splashing on a fresh coat of paint.

Rebranding is about asking yourself why your brand exists, and having the answer lead your every action. Every other aspect of your brand may change over time, but the reason for your brand's existence is your North Star—your purpose. If you haven't yet settled on a purpose or you are still shaky on whether a rebrand is necessary, you're better off trying a refresh first.

Five To-Do's for a Rebrand That Rocks

How to Pull Off a B2B Rebrand While Growing Sales and Fighting Slavery: CMO Alicia Tillman on Marketing Smarts [Podcast]